About 2 weeks ago Mr A came home from school saying that their school disco was coming up and the theme was superheroes.  Queue my mind sinning since Mr A has never really been into superheroes so we don't have any costumes on hand.  When I asked him who he wanted to go as he thought for a moment and then announced that he wasted to be Dash from The Incredibles because "he can run really fast just like me Mummy".
So off to the computer we go and a quick google images search brings up several great pictures of Dash and several pictures of rubbish baggy store bought costumes.
"No I want one that's tight like the real Dash".
"OK but if I make it tight will you actually wear it?"
"YES" 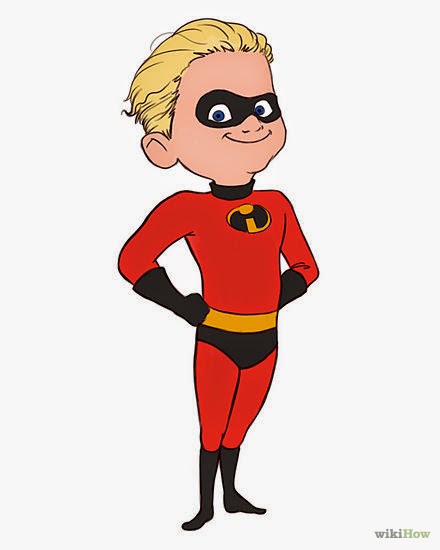 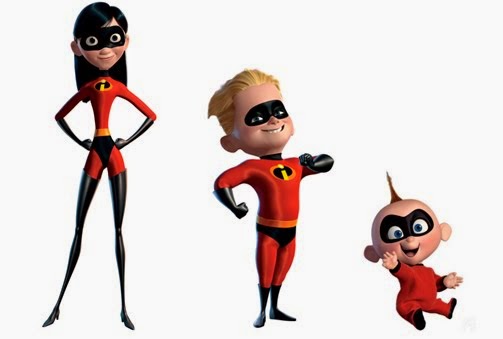 Ok so this doesn't look too hard right?  A full length bodysuit with some gloves and some pants to go overtop?
Time to dredge through all those boxes of vintage patterns (I knew I hoarded them for a reason) and success! 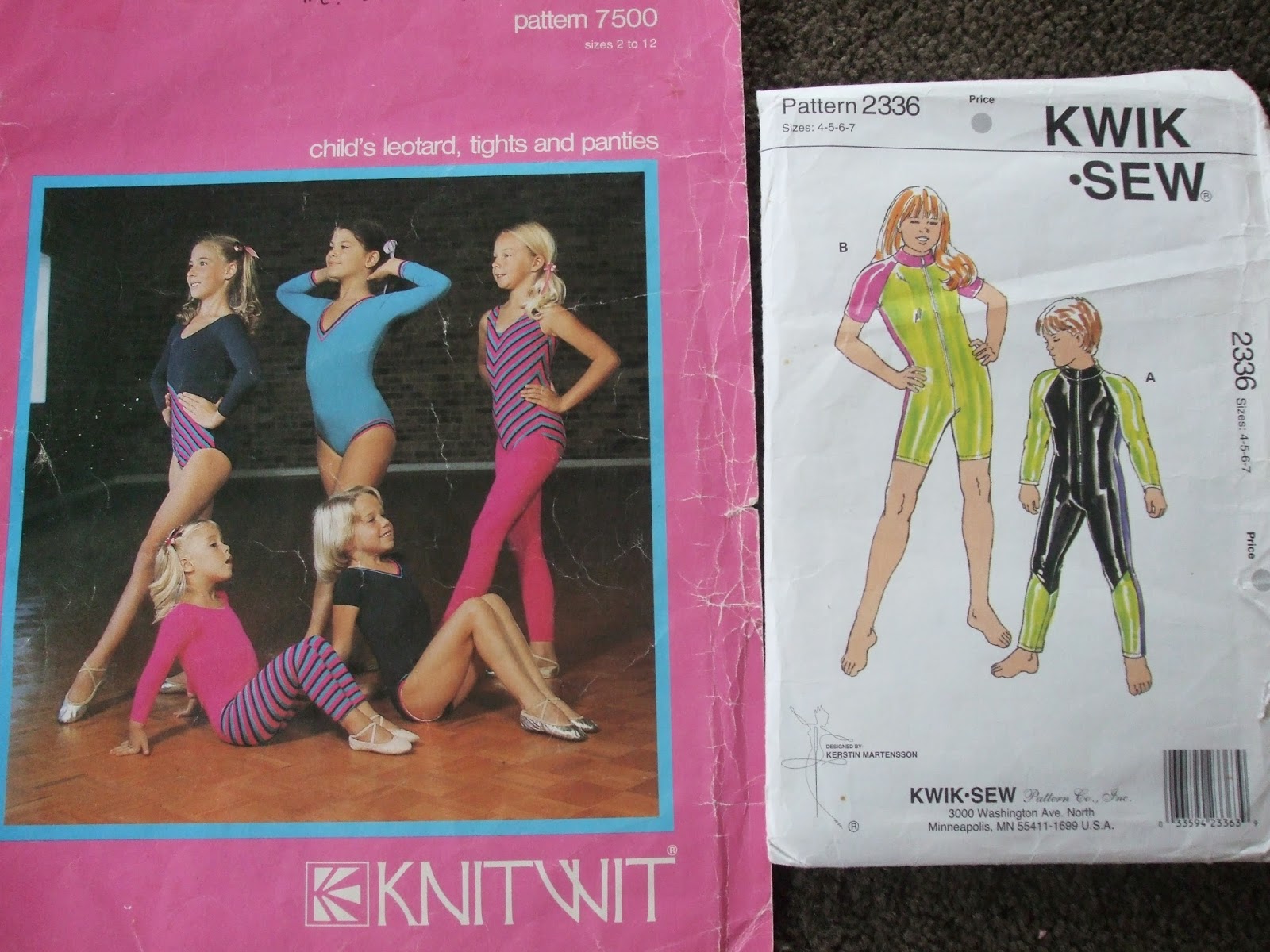 The 'wetsuit' pattern was perfect except for the stripe that went right down the side.  So it was time to get drafting, I measured Mr A and he was a size 5 with 7 length.  By the time I'd done that and also accounted for the strip down the side my brain was a bit sore but I was half way there.  The bottom portion of the legs being colour blocked in the pattern was perfect for the boot tops and the zip just needed to be down the back instead of the front.
I made up the suit and tried it on to adjust for his overall slim build, then we were on to the finer details.  The 'pants' were made from the leotard pattern above which just left the gloves.  I bought the Zuzzy Plum Princess Glove pattern which doubles perfectly as superhero gloves :-) 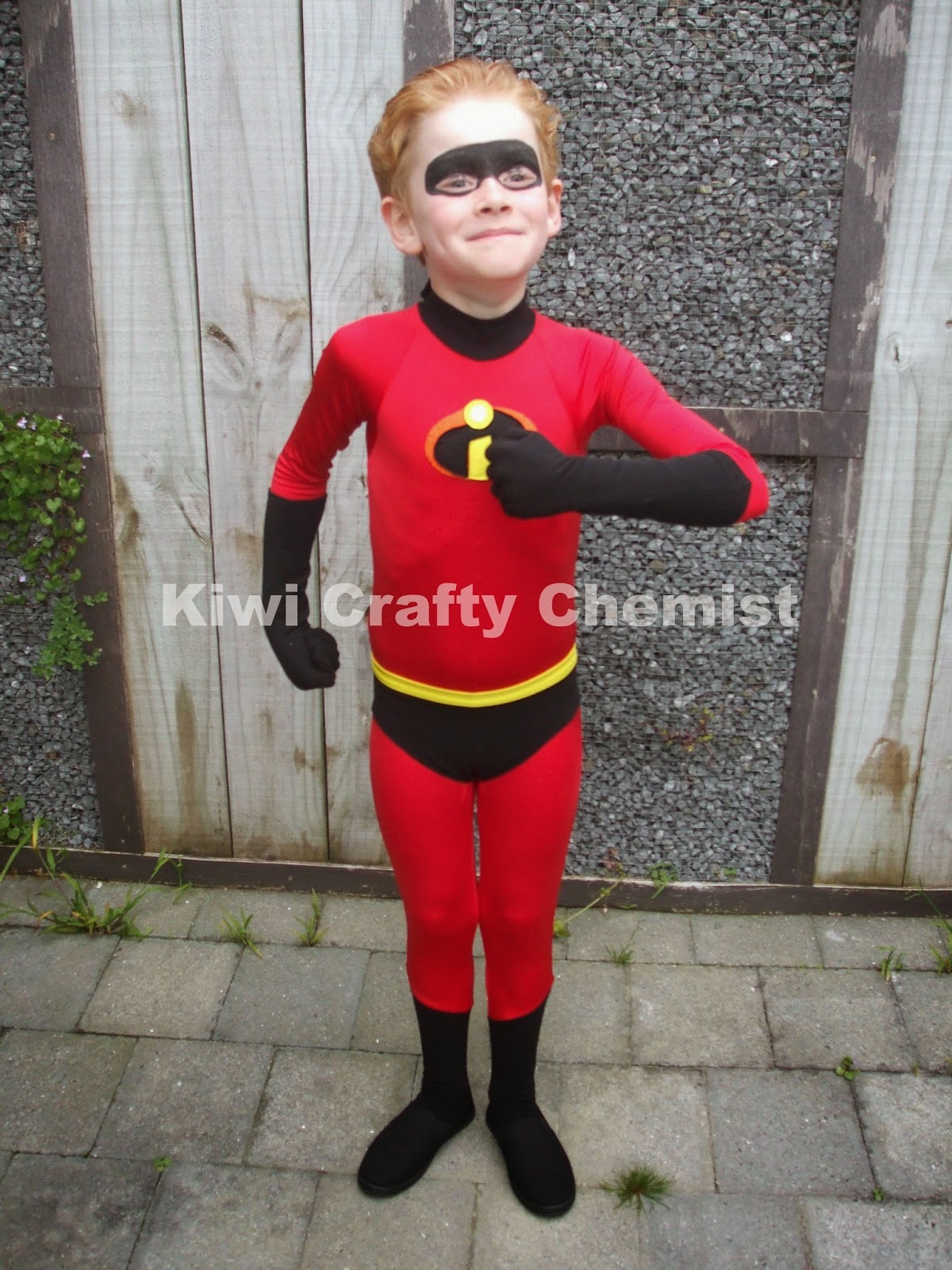 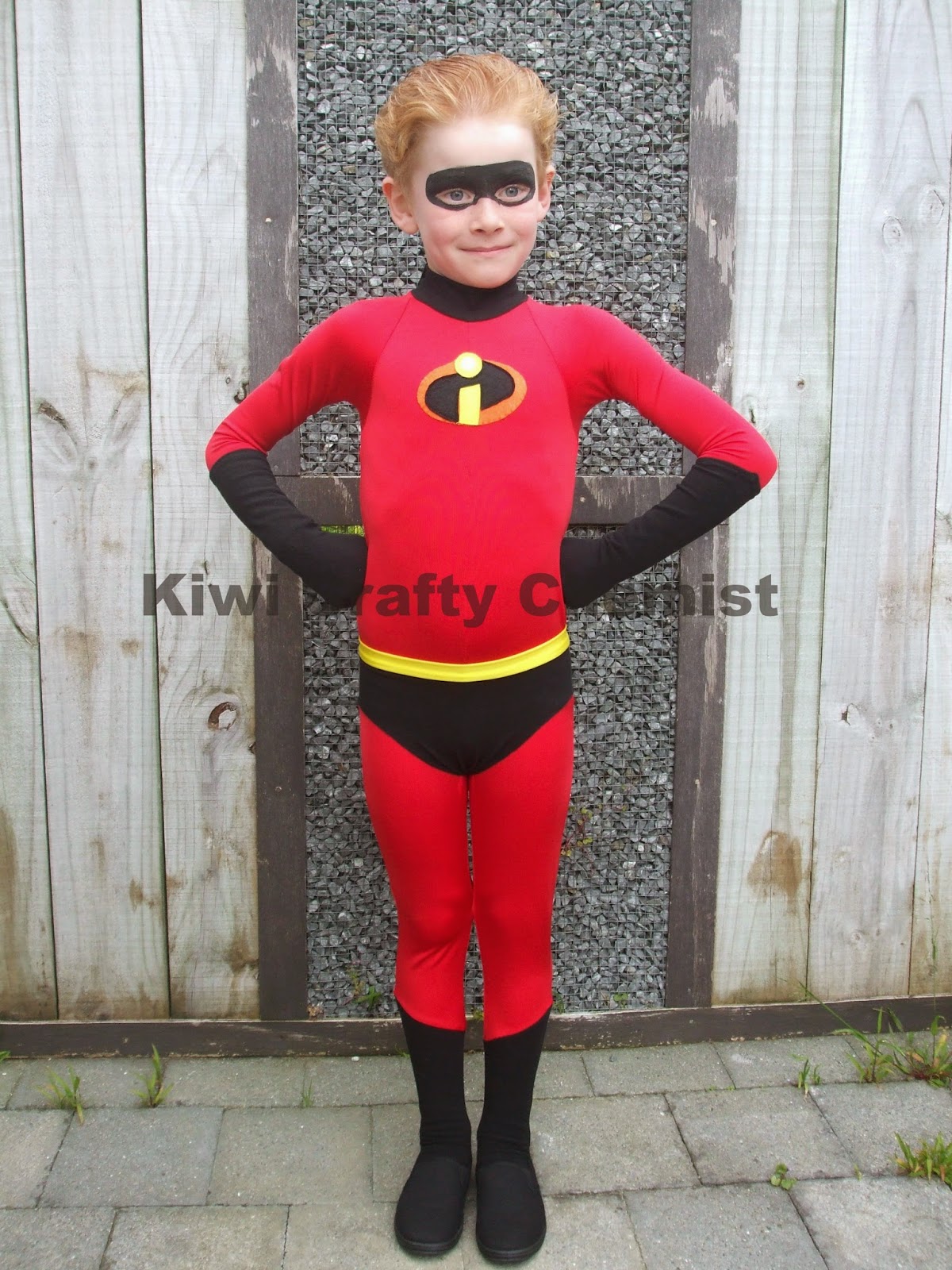 The Incredibles emblem I appliqued in felt then hand stitched on to account for the stretch in the fabric.  Add to that a bit of face paint and some hairspray and we were done. 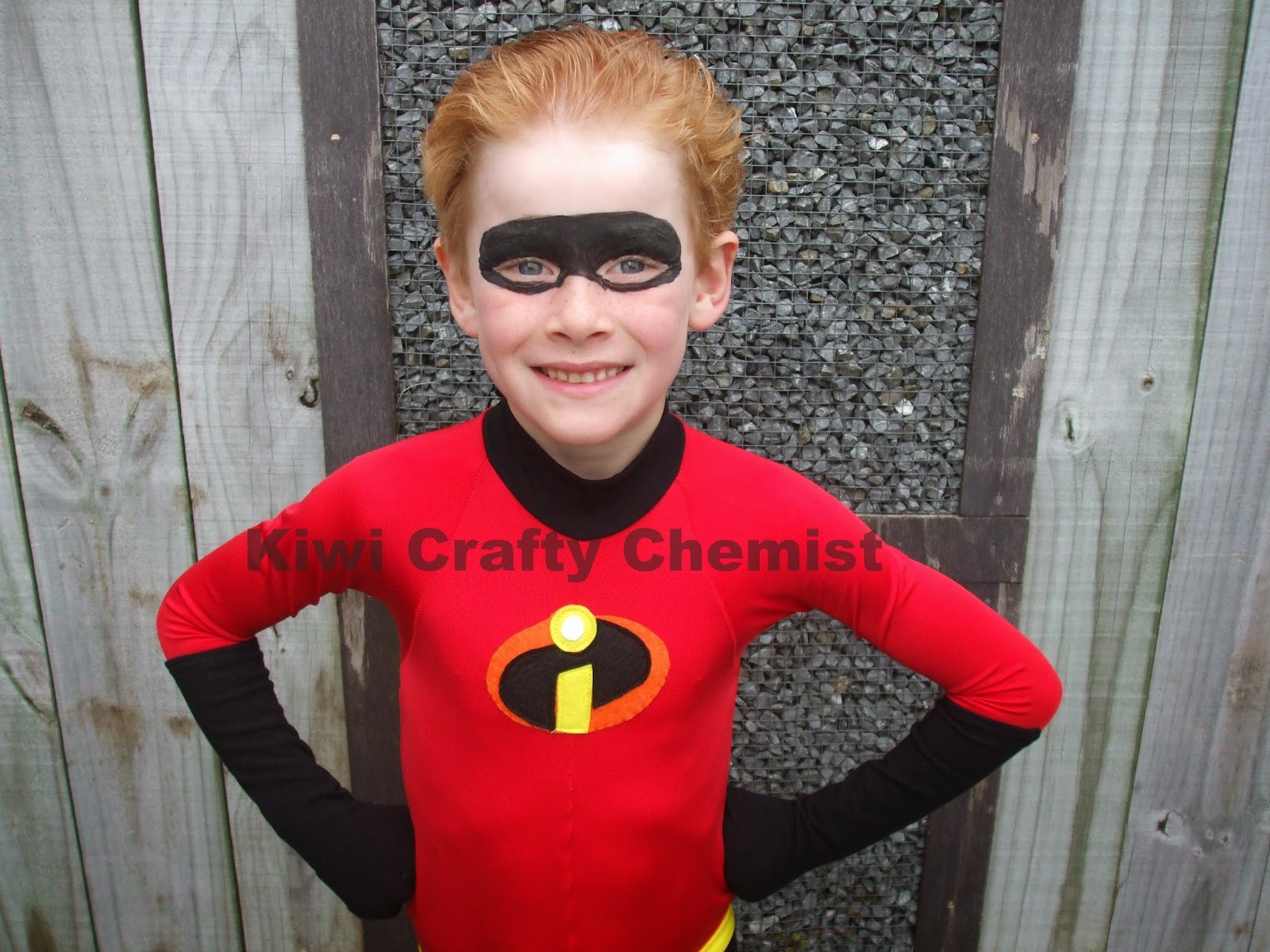 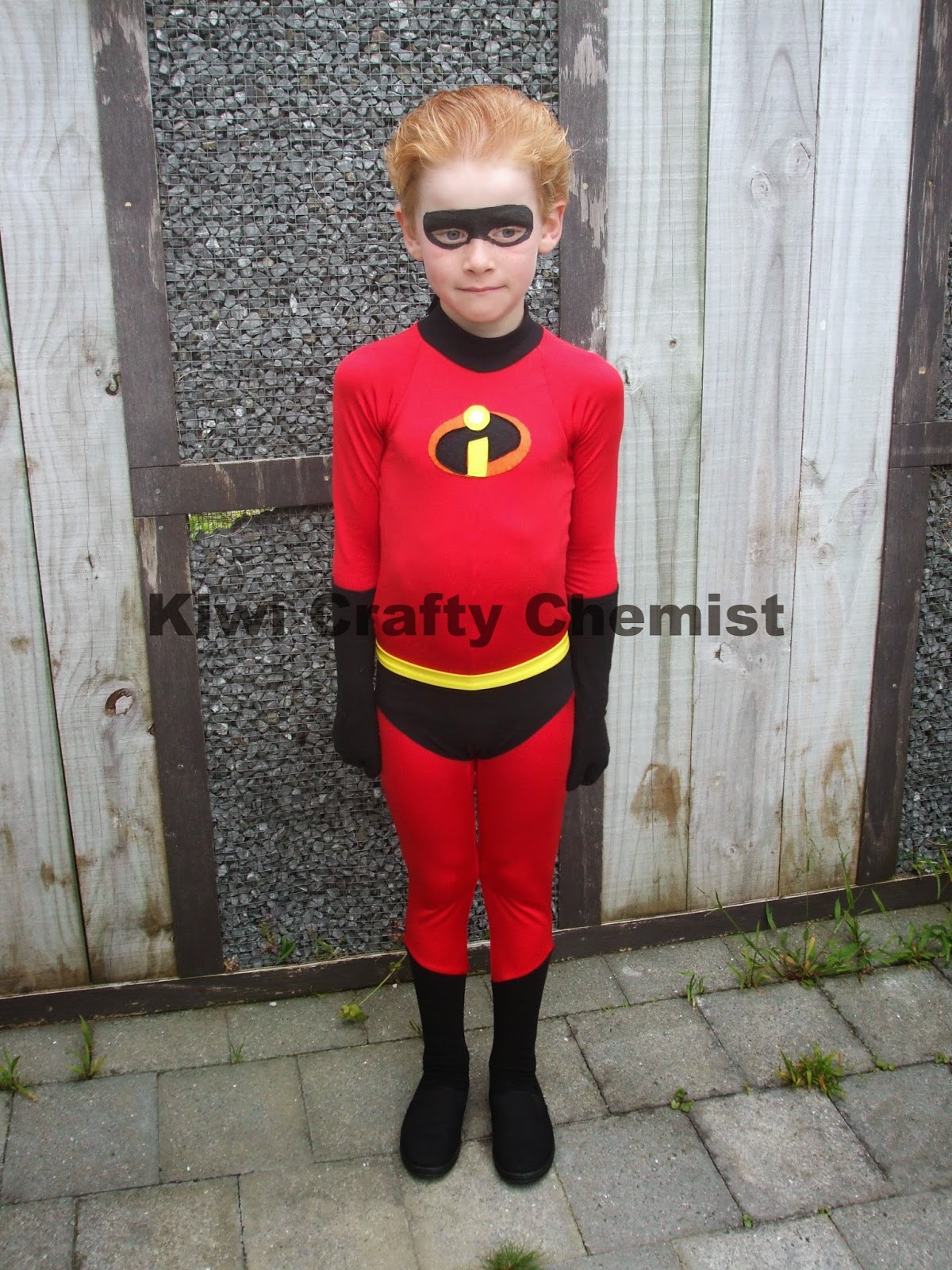 Overall this costume was pretty inexpensive as well.  Red lycra $5, black lycra from stash, glove pattern $6 (which I will use again), orange felt $2 (other felt from stash), face paint $2 and black shoes to look like boots $8.  Most importantly though he loved it and had a fab time at his disco.
Let's finish with an action shot! 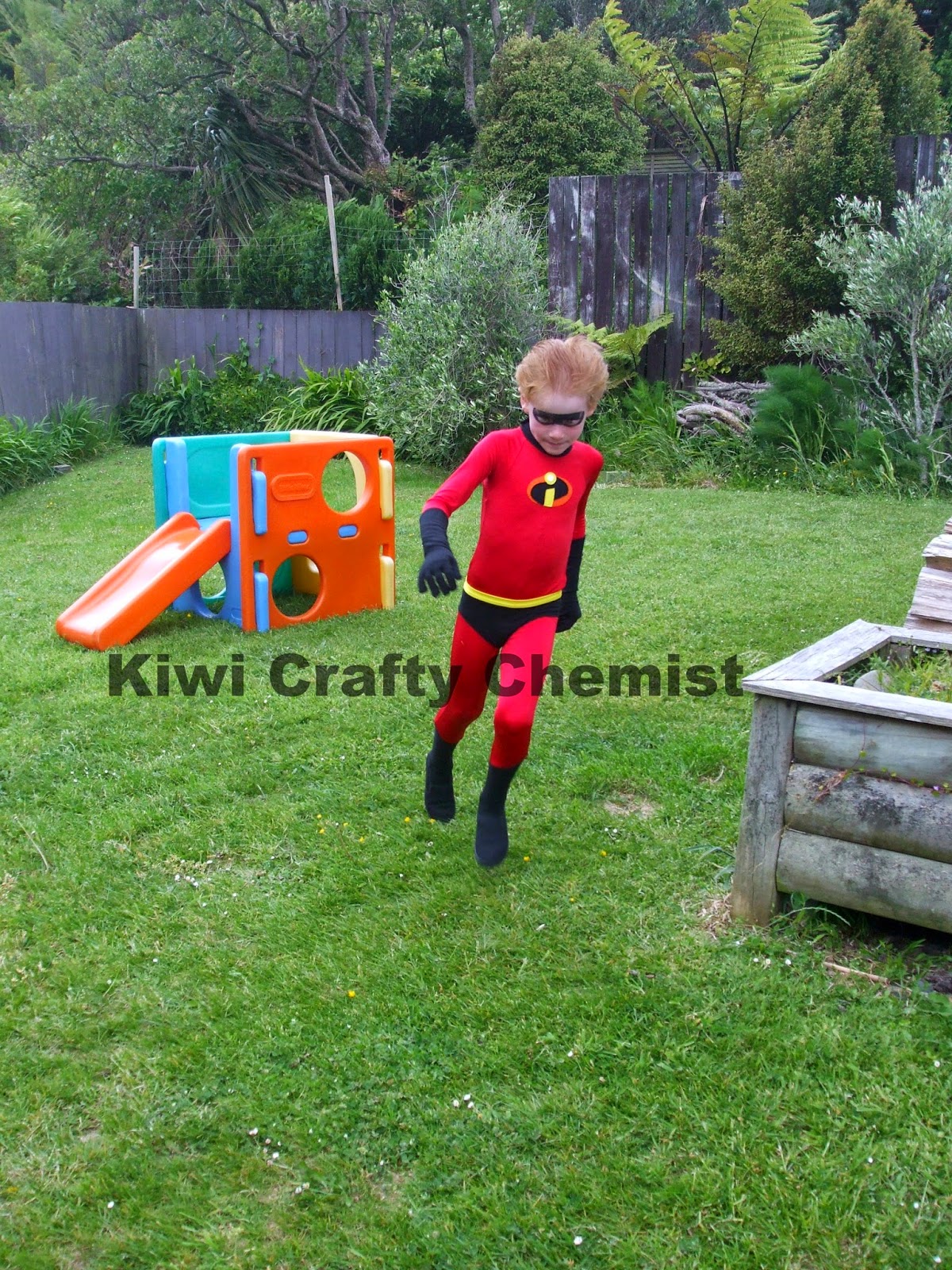