A couple of months ago a lovely lady who I work with had a gorgeous wee boy.  At the time I wanted to make something for this precious new addition to her family but time got away with me.  Finally I found myself in the odd position of having empty needles (well apart from all those long hibernating WIPs).  I had finished a cardy for Miss M and had a few days to fill in before starting a test knit so I decided to whip up a wee vest for Master C.
The pattern I chose was the ever popular Milo by Georgie Hallam.  This pattern is a 'go-to' vest pattern for so many people I know and surprisingly for me this is the third time I have knit this pattern.  Given that I guess it is a little strange that neither of my munchkins have ever owned a Milo vest, possibly because it is so popular and for some reason if I see a pattern popping up all over the place for some reason I am less likely to knit it.  Anyway I digress as usual.
Here are the two Milo's I have knit previously, both as baby gifts for new baby boys. 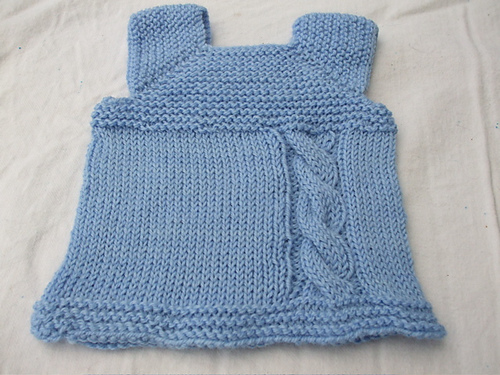 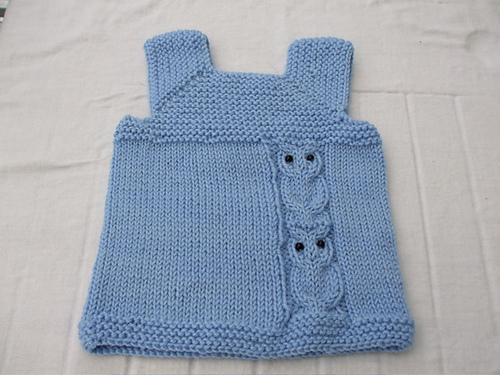 Both these ones were knitted in Utiku 8ply from The Wool Company and I was happy enough with the result in both cases.  I think the thing that draws so many people to this pattern is the versatility of it as it comes with various different cable options, can be knit with no cable and  then embellished or even have colourwork incorporated into the body.  The other thing about this pattern is it is super quick.  Although my knitting time each day is very limited I got all three of these vests knitted up in just a couple of days each.
As I cast this on in the 'spur of the moment' I had to go stash diving for yarn and I came up with a single lonely ball of Magic Garden Classic Prints in white/pale blue/navy, and I did a size 3m.  Due to how busy the yarn looked knitted up I opted to leave off the cable and add a embellishment later instead.

Initially I had grand plans to add a plane to the front but as usual I left the actual finishing to just a couple of days before we were meeting Master C for morning tea so in the end I went with a cute wee dinosaur that I already had the appliqué pattern for and scraps of felt I found in the cupboard.  The pattern I bought some time ago to use for tops for Miss M and Mr A and is called Cute Critters Applique Designs by Precious Patterns.  The photos of the FO aren't the best because they were taken in the night light but I didn't have time to get any better ones.

This was my first time doing felt appliqué on a knitted item and I can see many more in the future.
Posted by Alison at 7:24 PM