Firstly yes that is Part 4 not part 3.  Part 3 will come when the item is out of the wash so I can take some semi decent photos of it, maybe tomorrow.
So skipping swiftly on from the chocolate covered part 3 we come to part 4, a pair of pull on skinny jeans for Mr A.  I find it next to impossible to buy trousers of any sort for Mr A because he is about 2 sizes smaller around than he is tall, so trousers are either way too short or pretty much fall off him.  This year i thought I would get onto things earlier than in the past (i.e when it got cold and I realised he had no clothes), so together we chose a pattern for some pull on trousers.  No fly button was a specific request because "they are a pain", and who am I to argue if it means a mock fly instead of a real one :-)
So the pattern he chose was from Ottobre 3/2013, number 22, I wasn't originally going to make skinny jeans but he does like them and look good in them.  Once again stash diving threw up some nice weight navy cotton drill type stuff that I probably stole from Mum at some point.  I also dug out some topstitching thread I bought as a bulk lot aaaagggggeees ago and decided to go the whole hog and do contrasting top stitching on these. 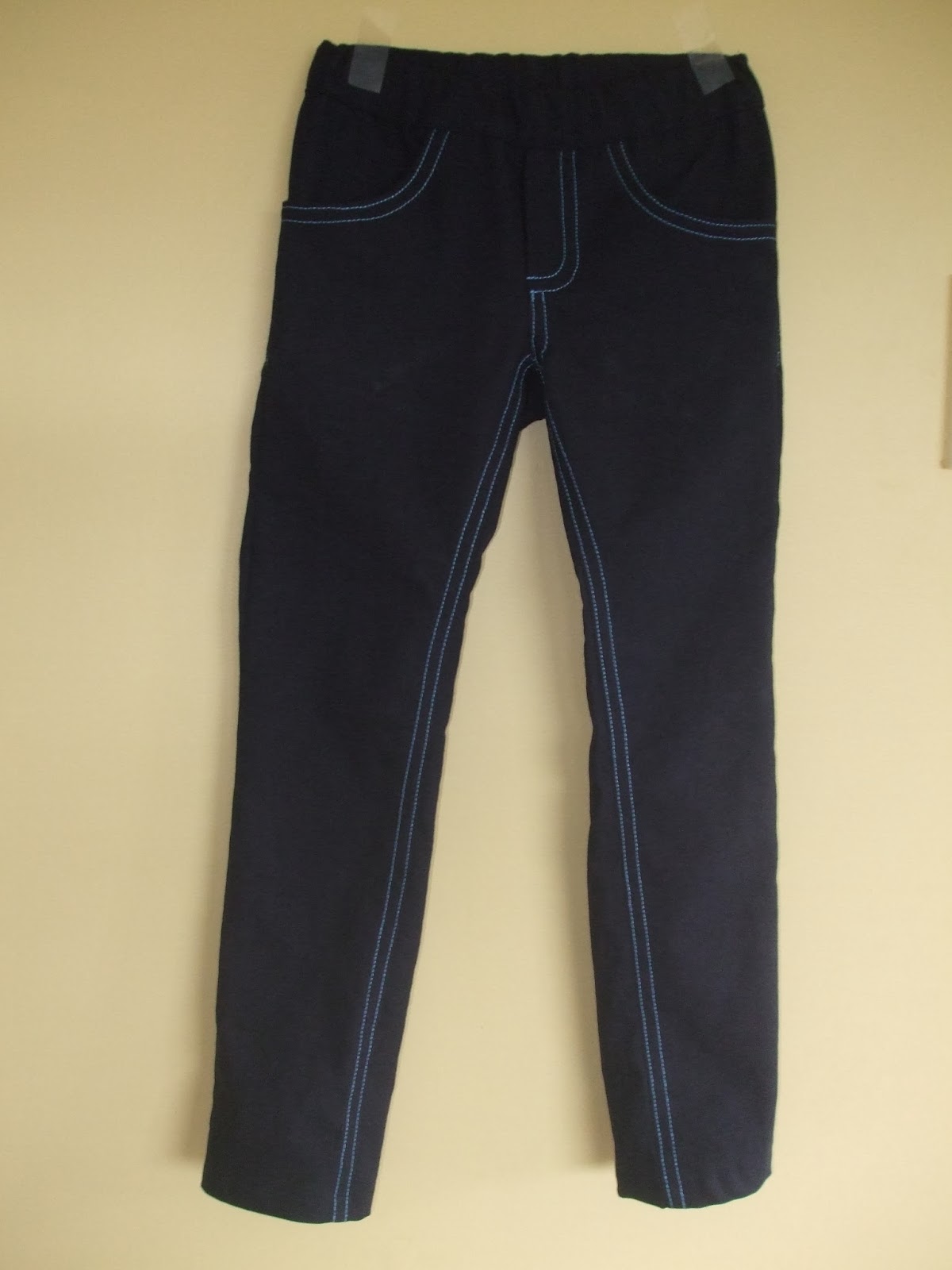 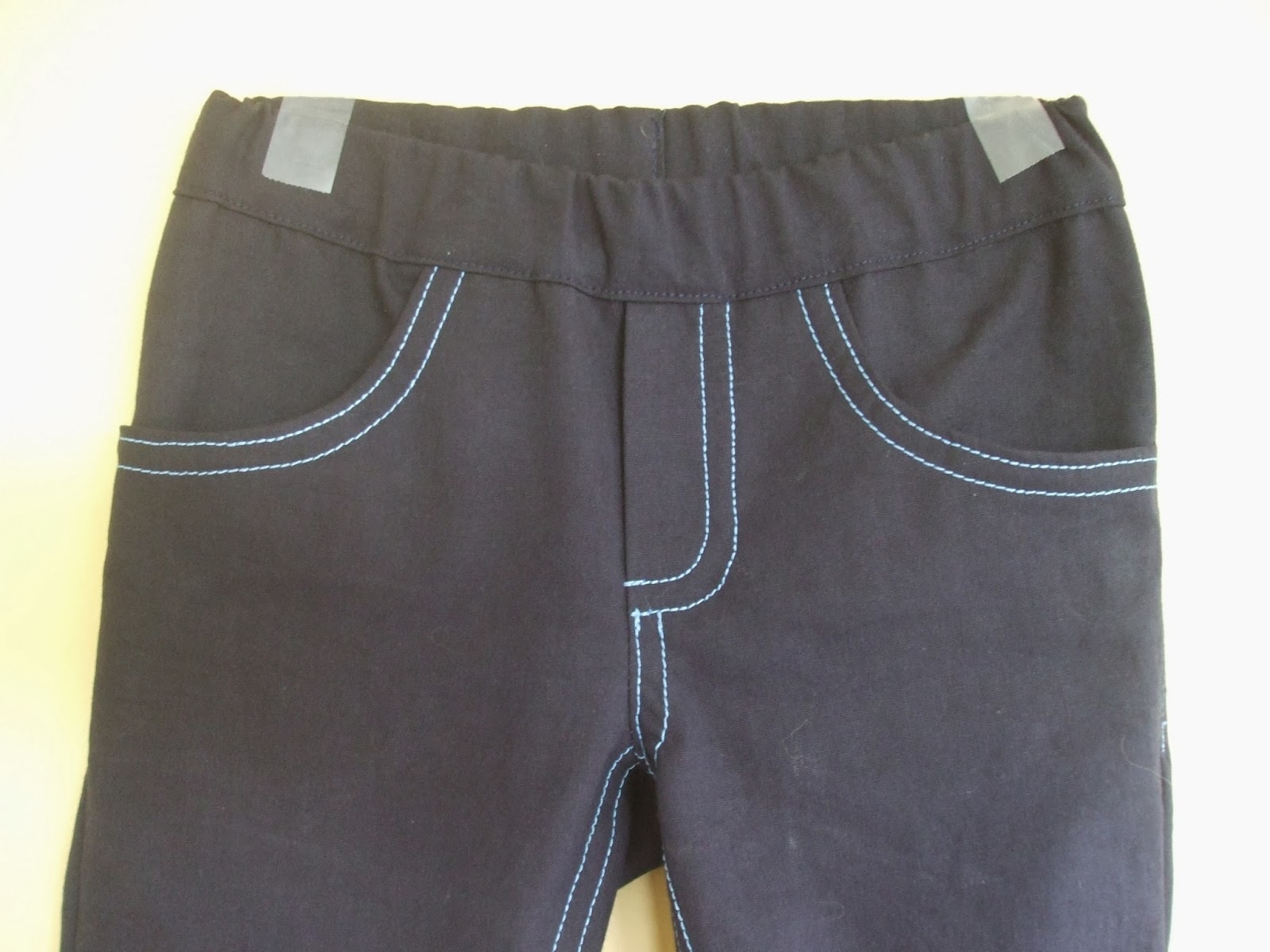 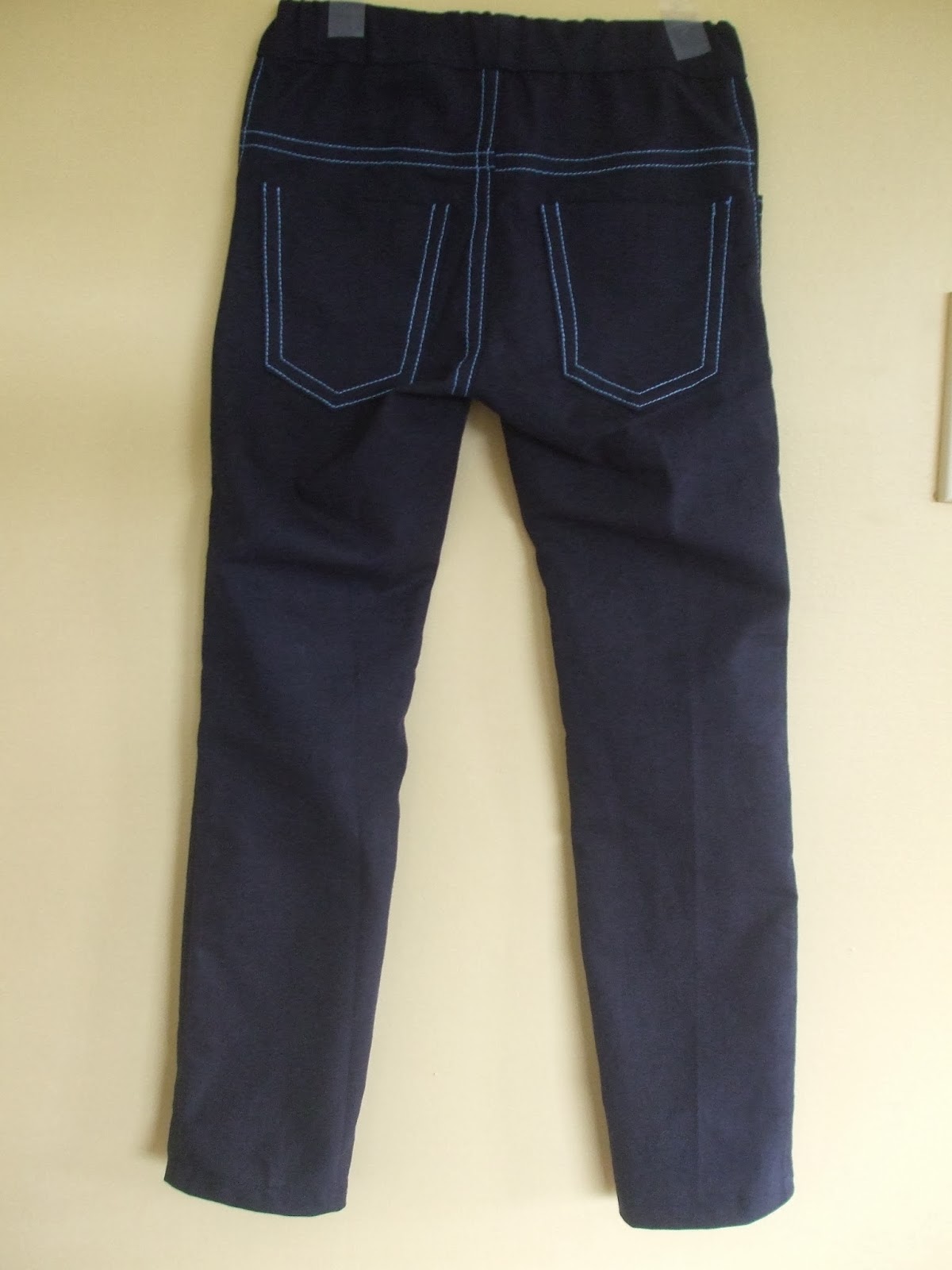 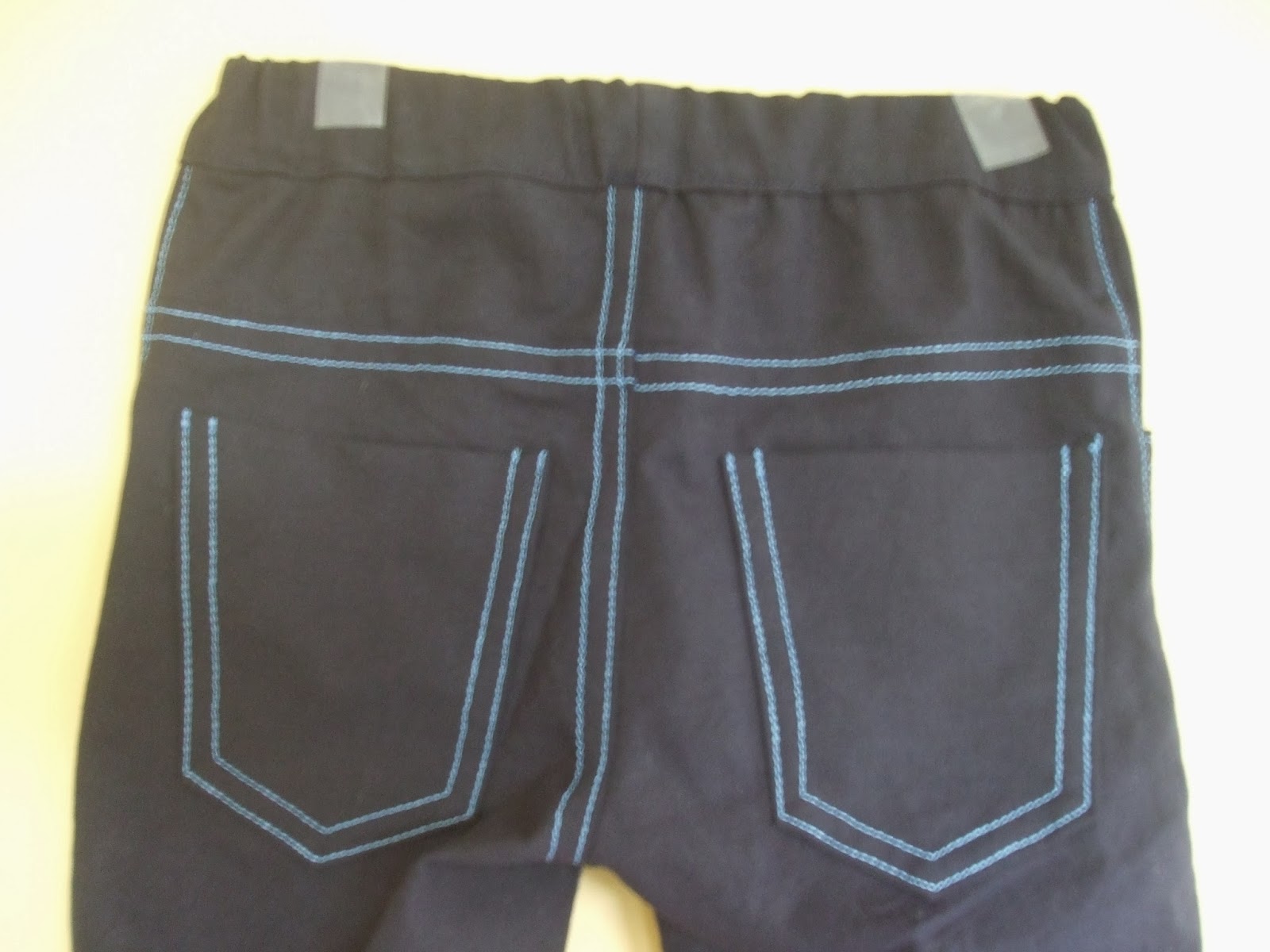 So the verdict.  Contrast topstitching is a pain in the behind.  Each seam consisted of stitching, then overlocking and then changing the cotton on the machine (including tension in this case for the thicker thread), and finally changing back to standard thread for the next seam.  That said even with all the faffing about I got these together in two evenings which I was really surprised about.  I am pleased with how they went together and had no issues with the pattern or piecing of it at all. 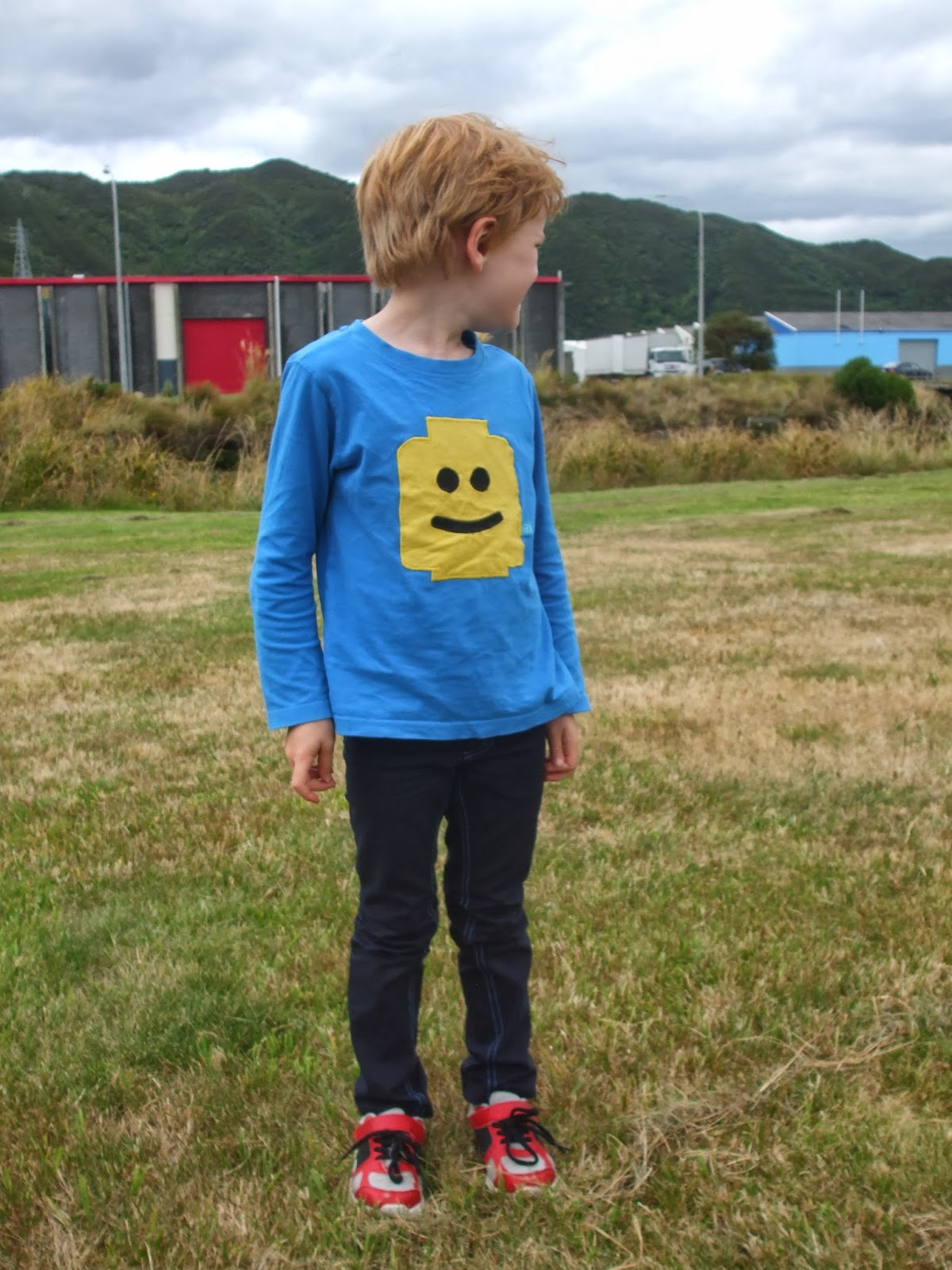 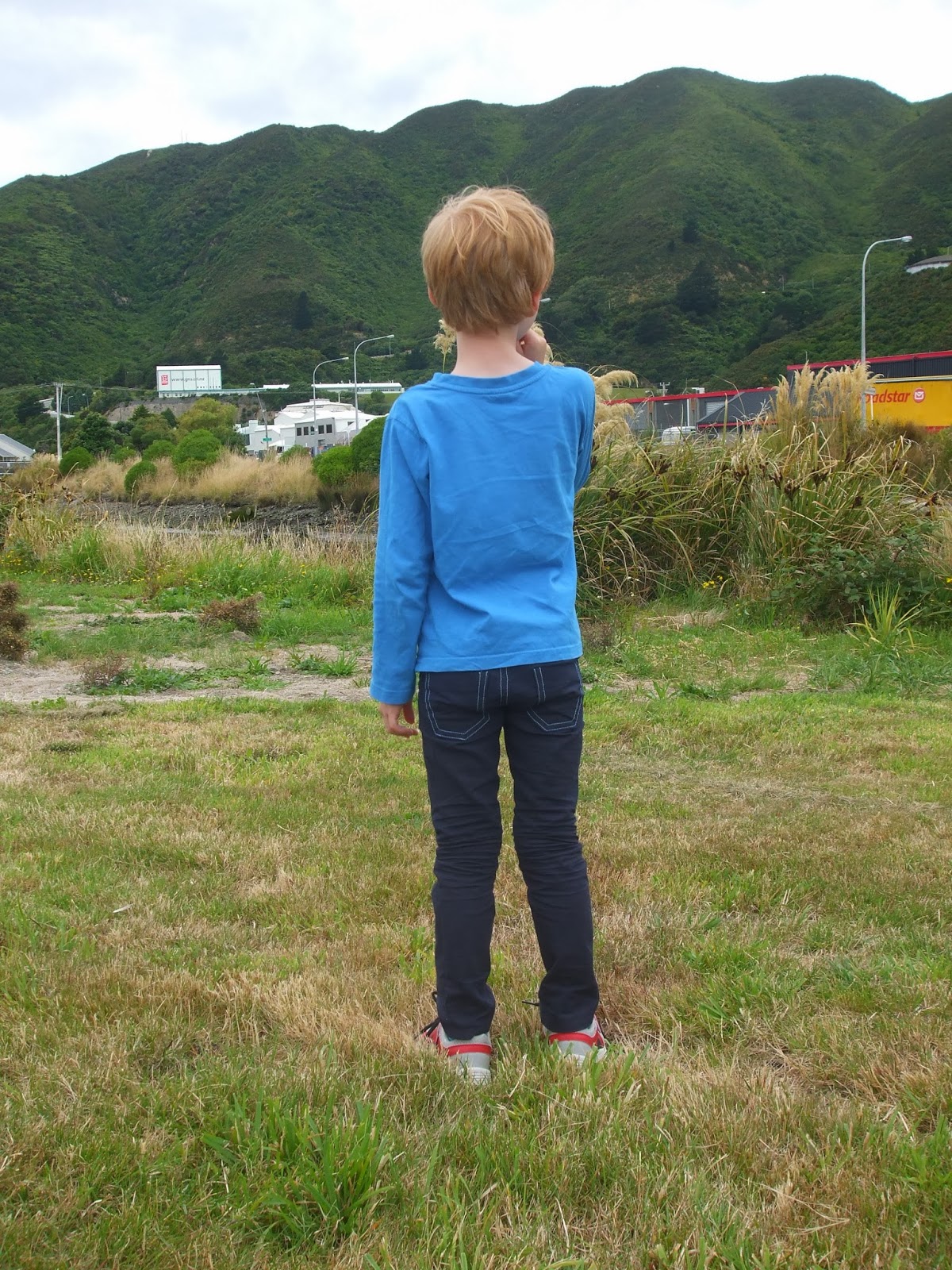 I actually remeasured Mr A before cutting these and his measurement were pretty much spot on for size 104 with 116 length (and 116 length in the rise as well).  In fact if anything his waist and hip measurement were slightly smaller than the measurements.  That said the fit is pretty perfect on Mr A and they are a wee bit of a struggle to get on, although apparently they are comfy once on (I think he just needs to wiggle a bit to get into them).
And a couple of daft photos of the boy. 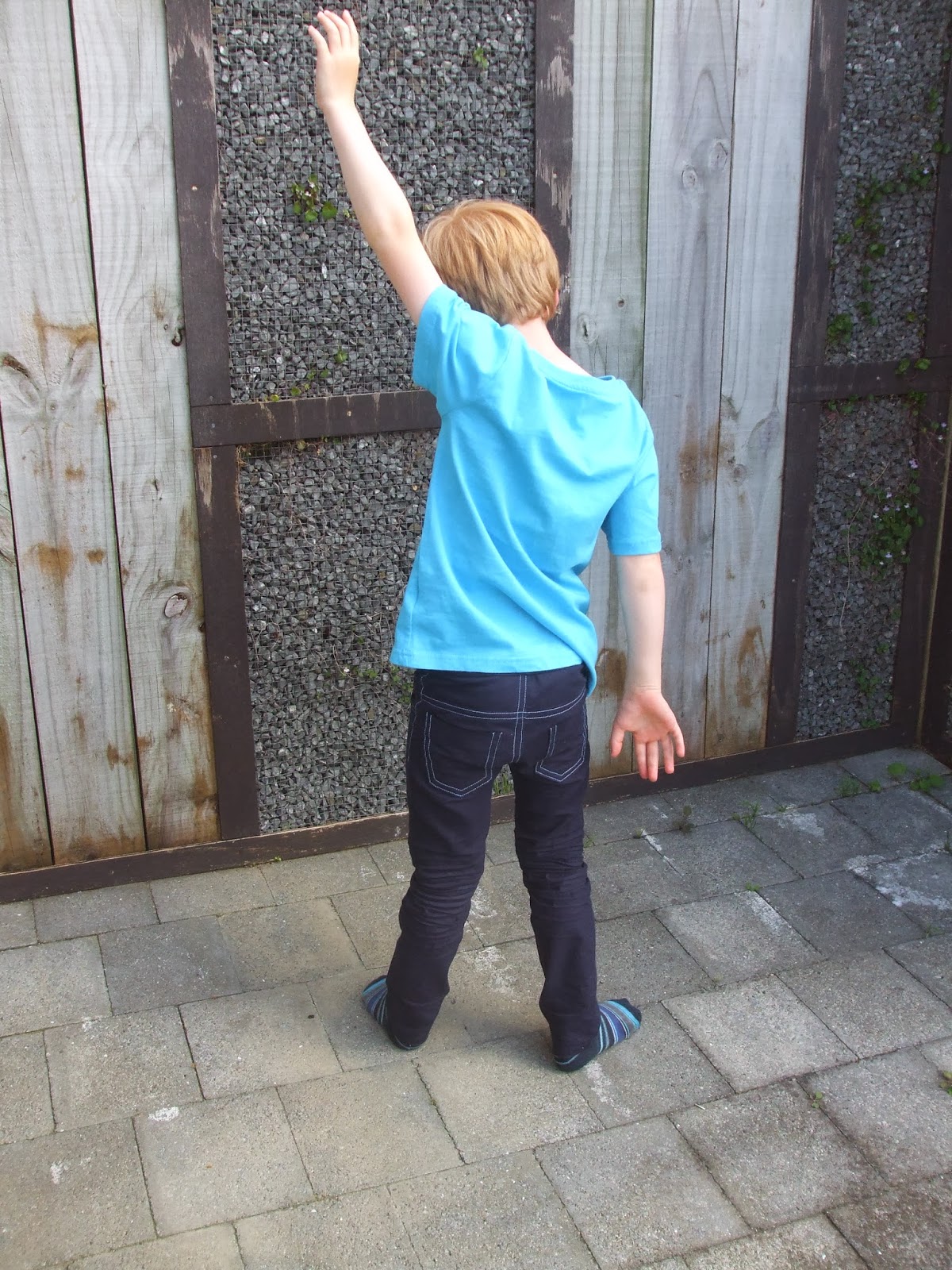 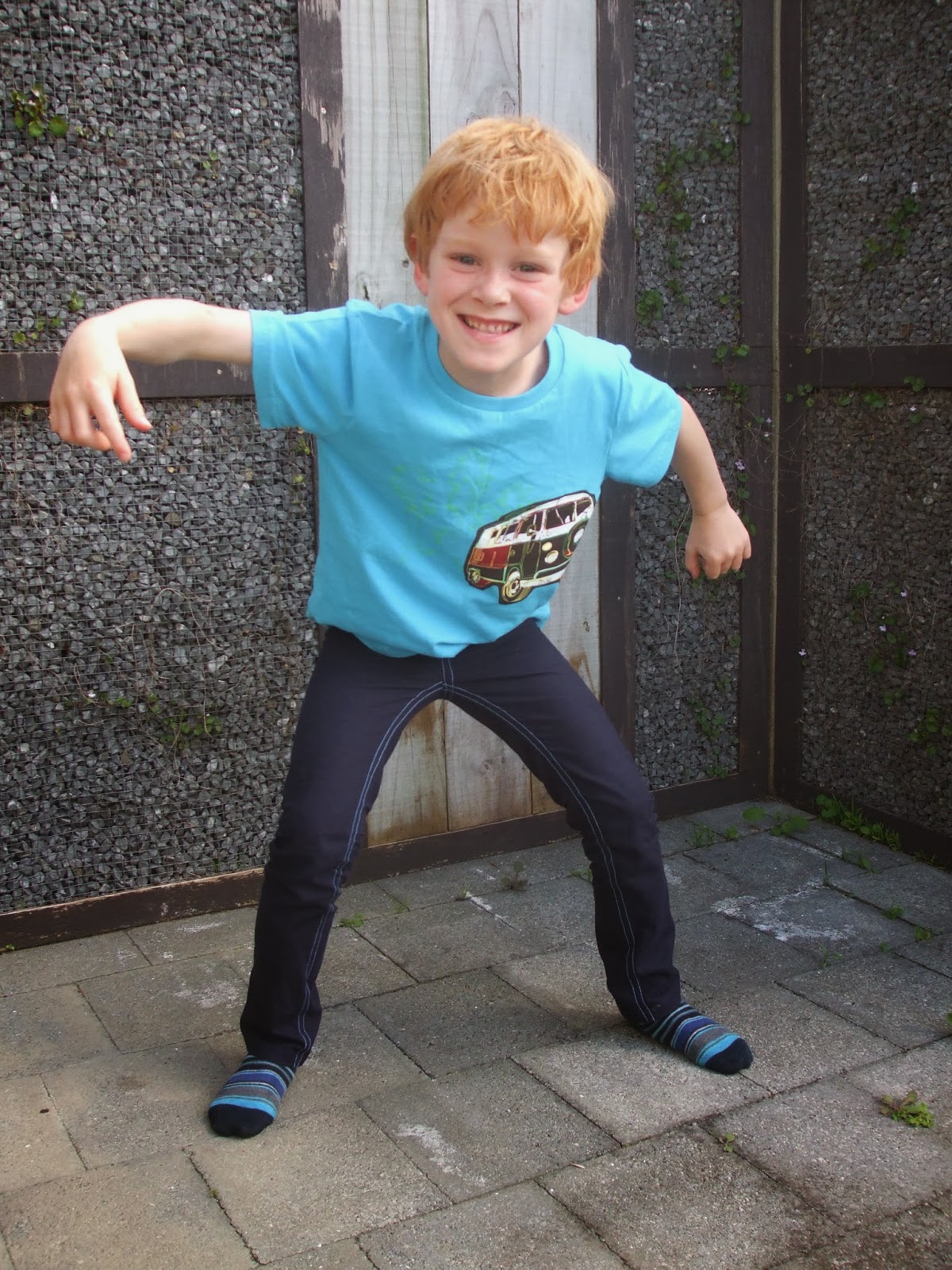 Overall Mr A loves them so I'm happy.  They went together pretty quickly and I would make them again, although I think I'll make a couple of more straight leg pairs for winter as well.  I would say that if your child is close to the measurements on the size chart or at all above them I would size up (unless I somehow stuffed something up when tracing or cutting).  A winner this time round though.
Posted by Alison at 10:18 PM