Fun in the Wintery Sun

As I mentioned we recently spent some time with my parents.  The kidlets both had a ball enjoying the great toys Gran had hired from the local toy library, and the freedom of a fully fenced, flat and easily accessible back yard.  It was the first time Miss M has ever really had a good go at playing outside and she loved every minute of it. 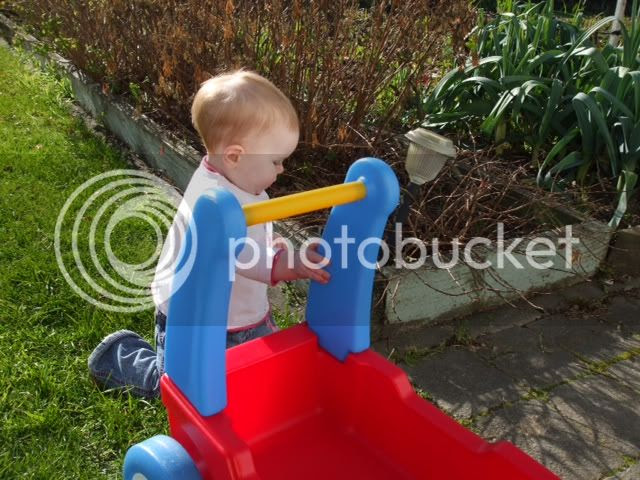 And some action of the fun:

And that innocent looking wee red plastic trolley also provided hours of fun on the days that weren't quite so lovely.  Firstly Mr A had a blast taking Miss M for a ride... 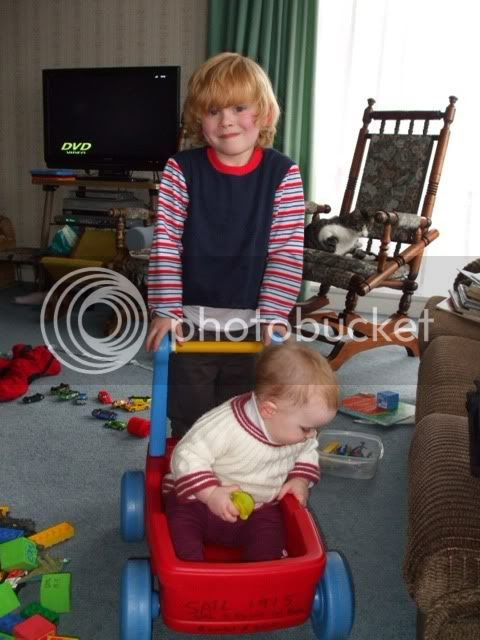 ...and then never one to be outdone Miss M had to return the favour. 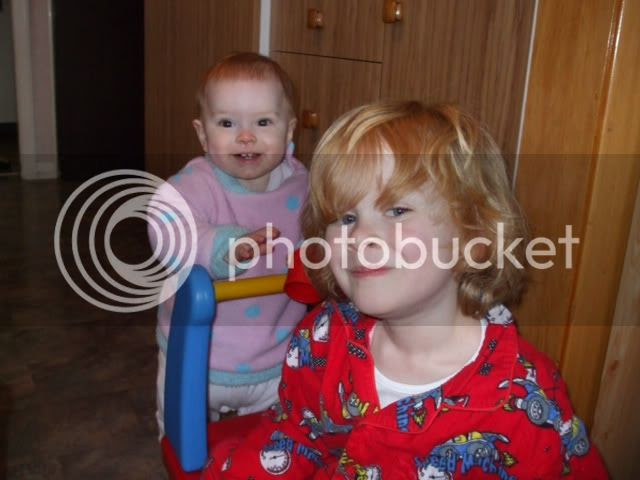 Mr A had a great time helping Gran in the kitchen and as usual Miss M wanted a piece of the action so here she is helping Gran make the quiche for dinner. 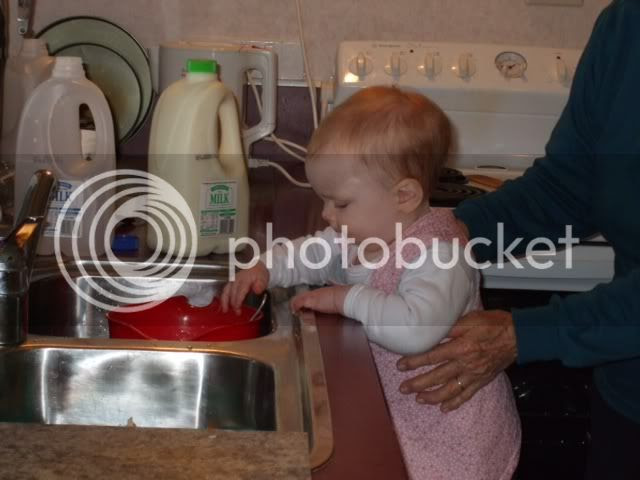 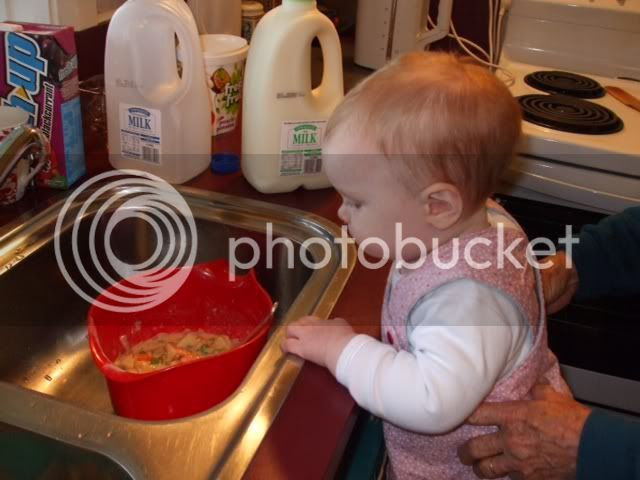 So on the whole we had a lovely relaxing holiday, chilling out, spending time catching up with family and friends and just plain having fun :-)

Posted by Alison at 8:18 PM No comments:

Well this poor blog has been a bit neglected of late mainly because there has been a lot going on here, but more on that some other time.
One of the things that I will post more about later is that Mr A, Miss M and I recently spent 10 days enjoying the hospitality and fun at my parents place.  We had a lovely wee break away and while I was there Mum decided it was time for me to go through her sewing stash and decide what I wanted out of it.  Now I knew her stash was large but even I had no idea of the actual epic proportions of it.  The sorting took place over about 4 nights once the kidlets were in bed and there is now a massive box at their place with my name on it.  Inside is a veritable treasure trove of patterns, laces, edgings, elastic and buttons, hmm did I mention buttons?
I did bring a small selection of stuff back with me that I thought I might use some of in the near future but the bulk of it is staying put until we have the car there at some stage.  First up the laces I brought back. 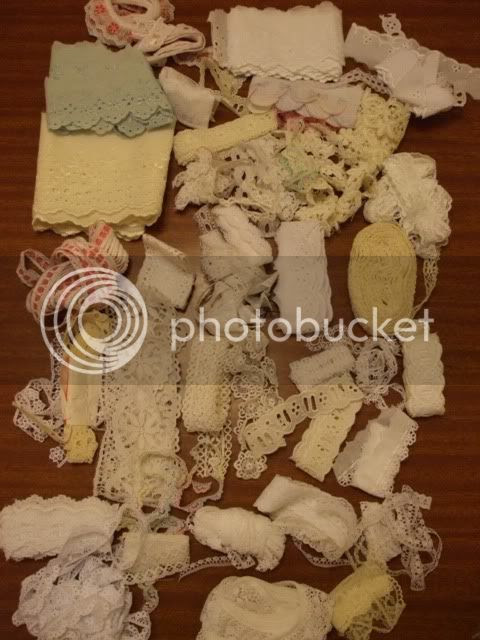 And just a few of my firm favs up close (sorry the lighting is so rubbish in the pics). 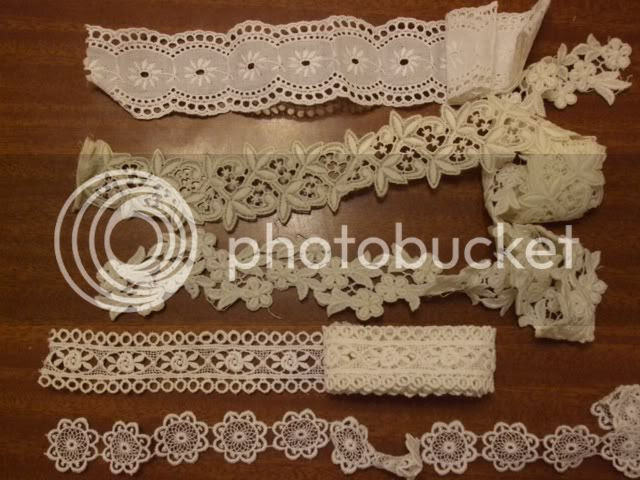 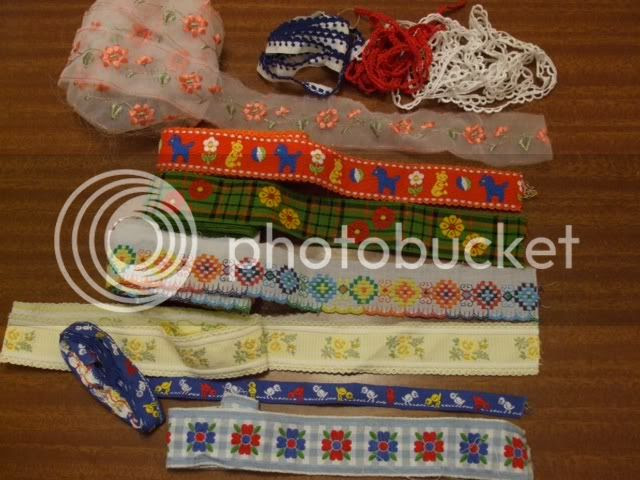 I am totally in love with those funky vintagey braids and can't wait to get some wee denim dresses made up for Miss M to put them on.
Then there are the buttons.  The box of buttons my Mum has at her house is massive, like probably the equivalent of about 6 shoeboxes FULL of buttons.  I went through them one night and made some selections and then Mr A had a fab time going through and selecting some for his craft projects as well. 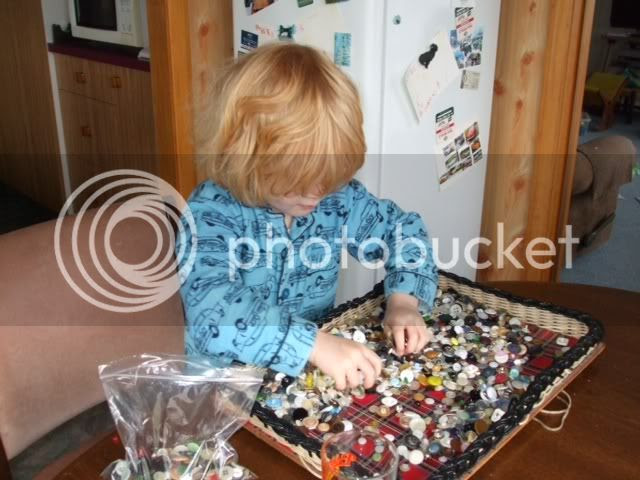 Here is our haul 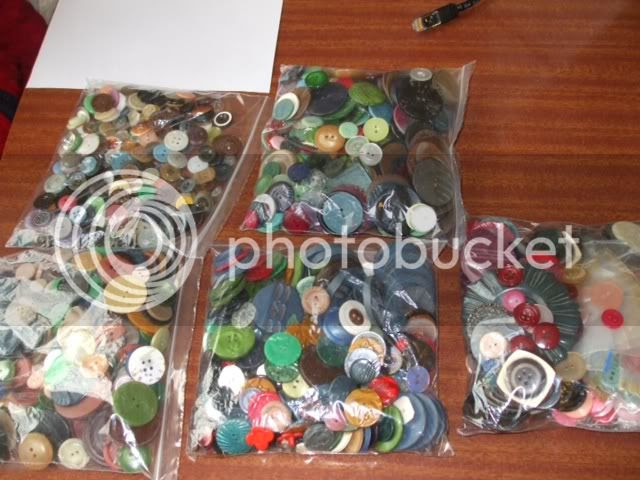 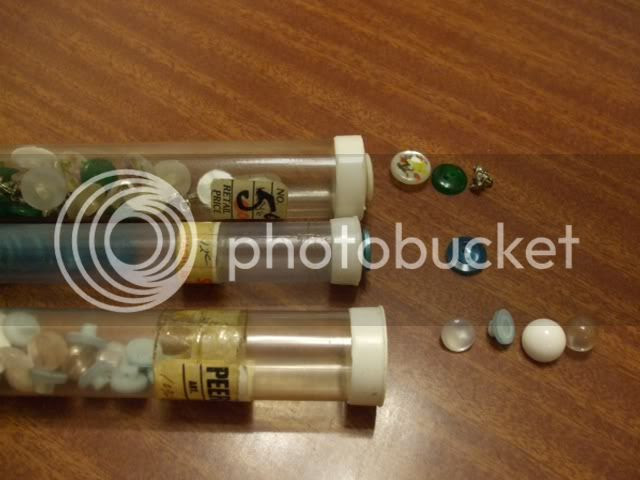 And one lot of Mr A's tipped out. 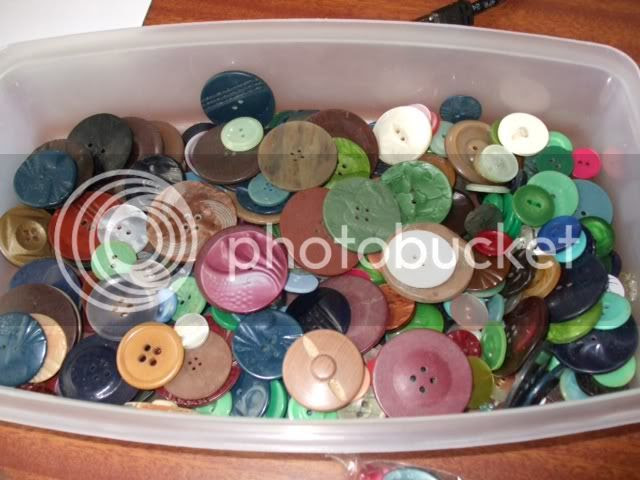 There are some real gems amongst them but I have no idea how I will ever use even a small proportion of them.  Any ideas for using large vintage buttons gratefully accepted :-)
I can't wait to get my whole big box here although I have no idea where I am going to store all the stuff!
Posted by Alison at 12:08 PM No comments: