Well I think I mentioned a few posts ago that I had been on a bit of a 'finishing' spree and that is continuing.  Hopefully soon I will find something to post about that isn't simply something I have made, hmm maybe something I am thinking of making ;-P

Anyway a couple of months ago and very dear friend had a special birthday.  As usual my solution to having no idea what to get as a gift resulted in the idea of making something so on her birthday she was given free range of my yarn stash to choose something she liked and decide what she wanted.  The yarn she chose was a lovely Vintage Purls Limited Edition in "Brantome", and a scarf was requested.  After trawling through Ravelry (and who would have thought there were quite that many thousand scarf patterns out there) I decided on Saroyan and here, after way too much procrastination, is the result.
This shows the scarf blocking and nicely shows the shape of it.  The main body of the scarf is stocking stitch with a leaf design along one edge.  I chose to knit this in 4ply on 4mm needles to give a nice soft drapey fabric. 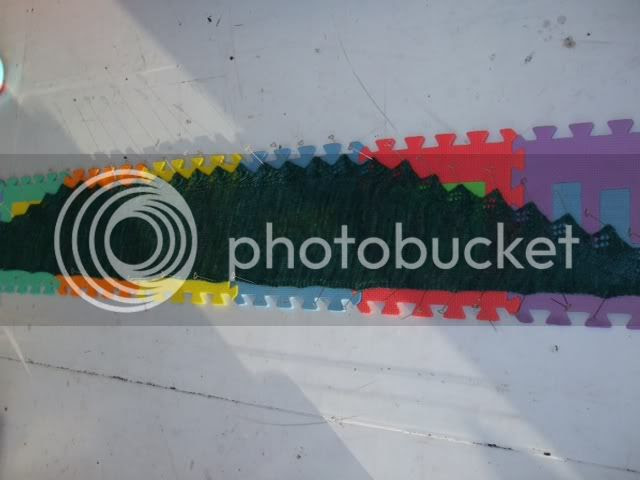 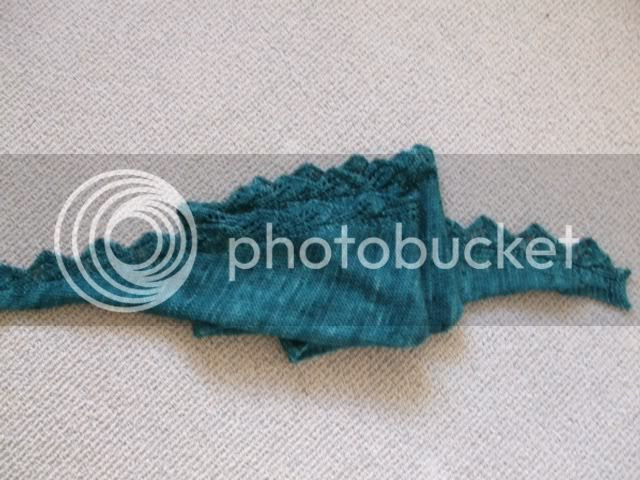 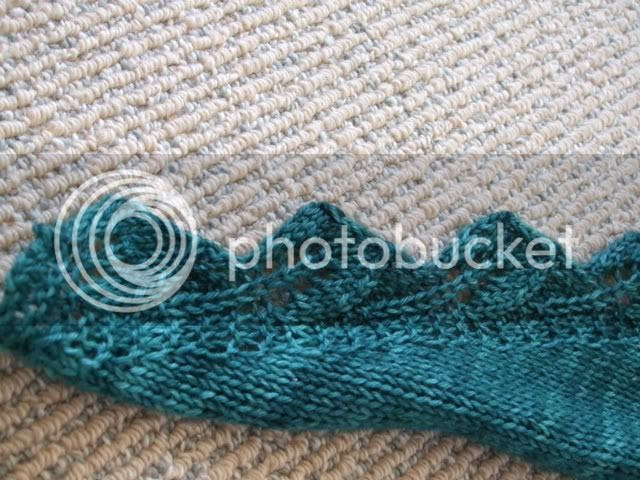 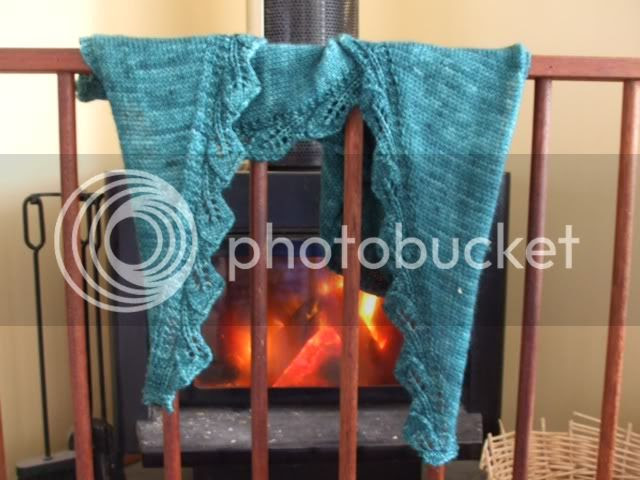 The weather has been pretty grotty here lately hence the slightly rubbish indoor photos but you get the general idea :-)
Posted by Alison at 9:38 PM