Sweatshirt aka taming the cover seamer

Way back in June I attended a sewing workshop with the express hope of getting my coverseamer working.  Unfortunately we were unsuccessful on the day but I have since taken it in for a service and been assured that it is working perfectly.  That being the case I finally got brave enough to tackle actually sewing something on it to try and get over my fear of the thing.
I chose to make a sweatshirt for Mr A using a vintage pattern I had here (actually I strugle to call it vintage since I was at school when it was first released) and some fabric I picked up at the Sallies for $4, can't go too wrong really.  Of course I couldn't find any ribbing to match so had to go for a contrast but since this was only ever going to be for round home who really cares.
So here is the pattern I chose and I decided to make him a size 4 which was the smallest in the version of the pattern I had.  I knew this was a bit of a risk as he is pretty skinny but in actual fact it turned out ok.  Overall I was surprised at how well this did actually fit, the only point I would make is the hood is huge and really just for decoration. 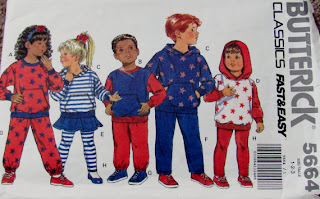 As for the coverseamer well lets just say it is partially domesticated but not quite tamed.  I did manage to get it going which is a massive improvement on all my earlier attempts but I did find that it still skipped stitches a bit.  This may have been something to do with material thickness and I think it was skipping stitches more as I stopped and started along a seam.  I tried it on some scrap woven fabric and it went like a dream but what is the point of a coverseamer that doesn't like knit fabric?
So without further ado here is the sweatshirt. 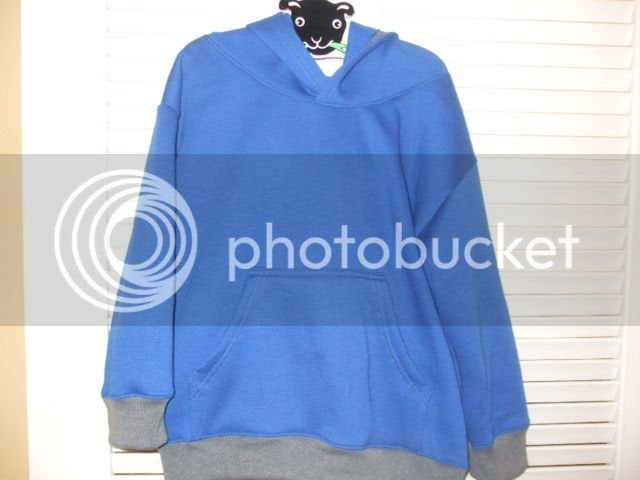 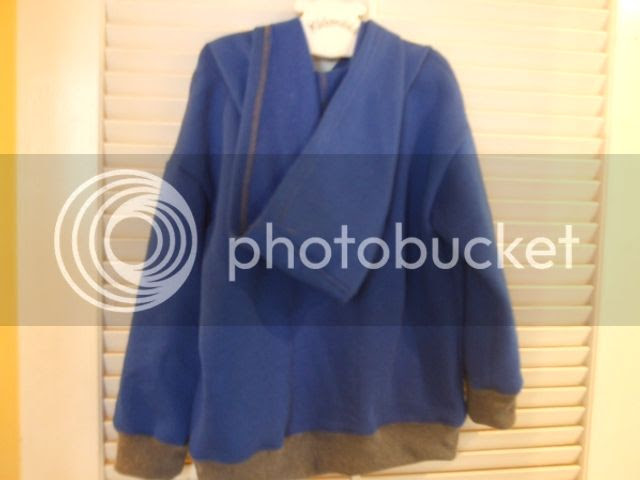 And a close up of some of the coverstitching. 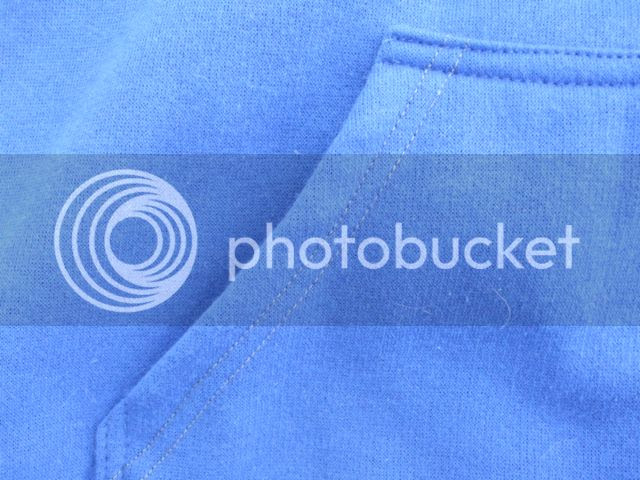 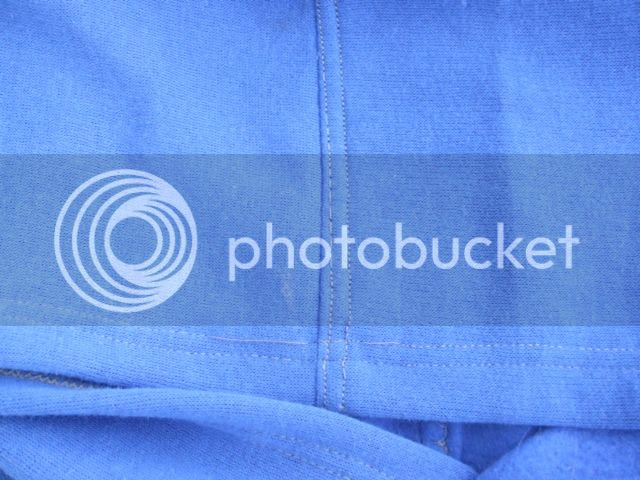 And finally on the boy.  What is it about 5 year old boys that they can't stand sensibly for a photo? 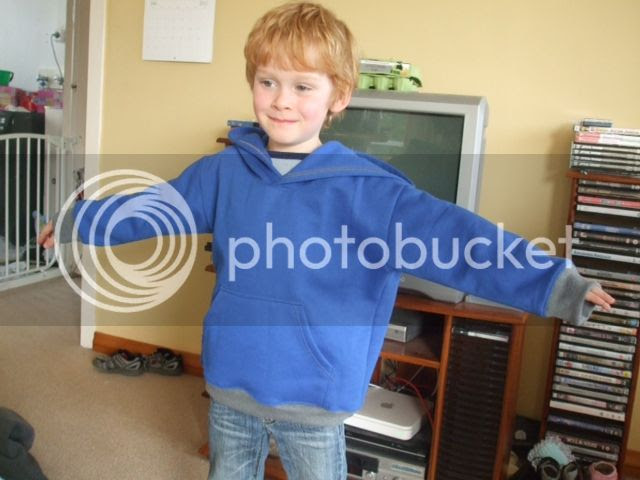 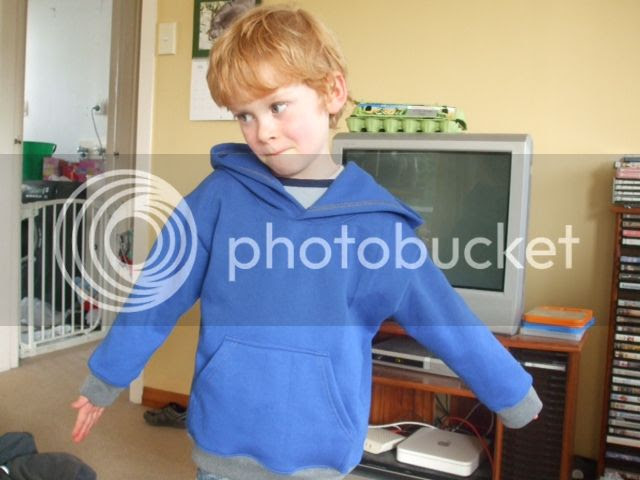 So overall a semi-success.  Main thing is Mr A likes it and says it is really warm.
Posted by Alison at 7:48 PM