This last week I had Mr A home from school sick with tonsillitis.  By Tuesday he was getting bored of begin off school and not seeing his friends so I needed to think of something fun to do, and quickly.
Back at christmas time the kids gave me an awesome book of fabric and knitted toys to make.  Of course they both went through and picked out their favourites (which totalled over half the book).  I have been a totally bad Mum and not made anything but thought a day home with a sick child was the perfect time to start.
So we dragged out the book and decided on a pattern.  Step one was to draft the pattern and pick the fabric colours.  Mr A picked a wee lizardy thing called 'Zoltan' and we delved into my fleece fabric box and off we went. 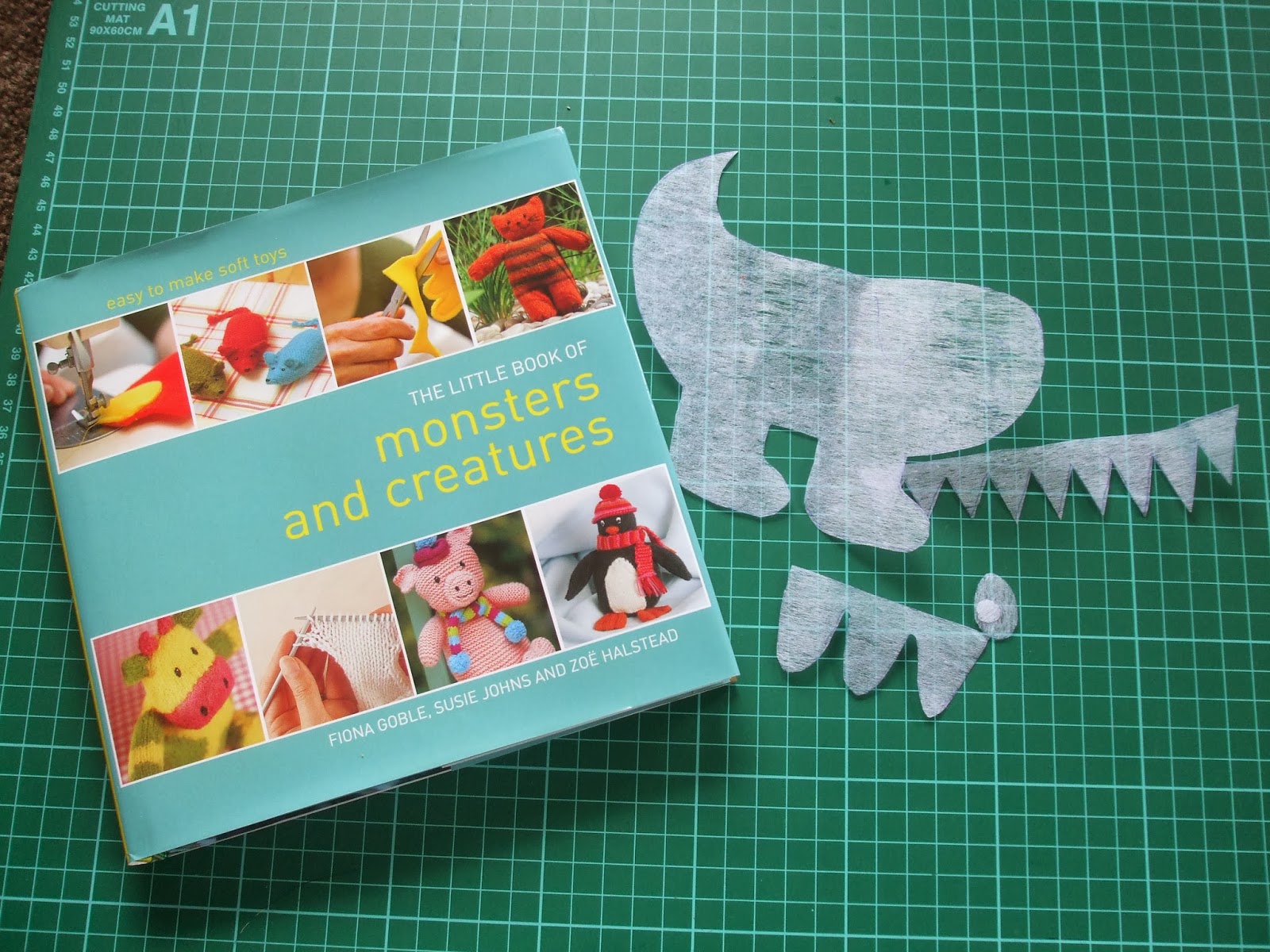 The pattern called for detail on one side only, but who ever heard of a one sided lizards thing?  So we doubled up on the eyes etc and got to cutting out.  I did all the sewing while Mr A chilled out watching a movie and then it was time for him to start helping.  He spent ages stuffing his 'monster' and did a fab job of it in the end. 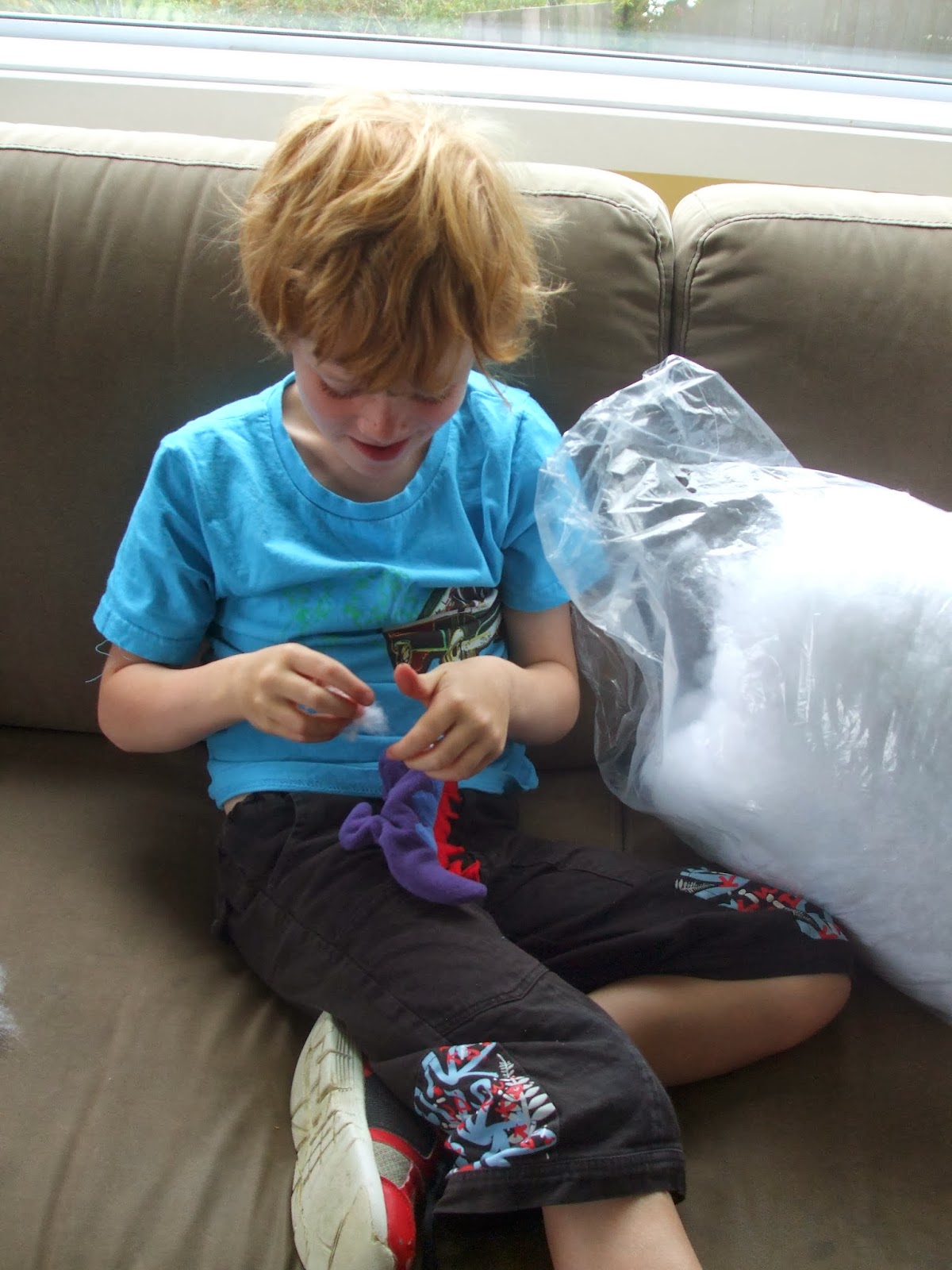 Then I sewed up his tummy (the monster's not Mr A's) and added his mouth.  Hey presto one lizards thing that Mr A has named 'Our Reptile' (because we made it together). 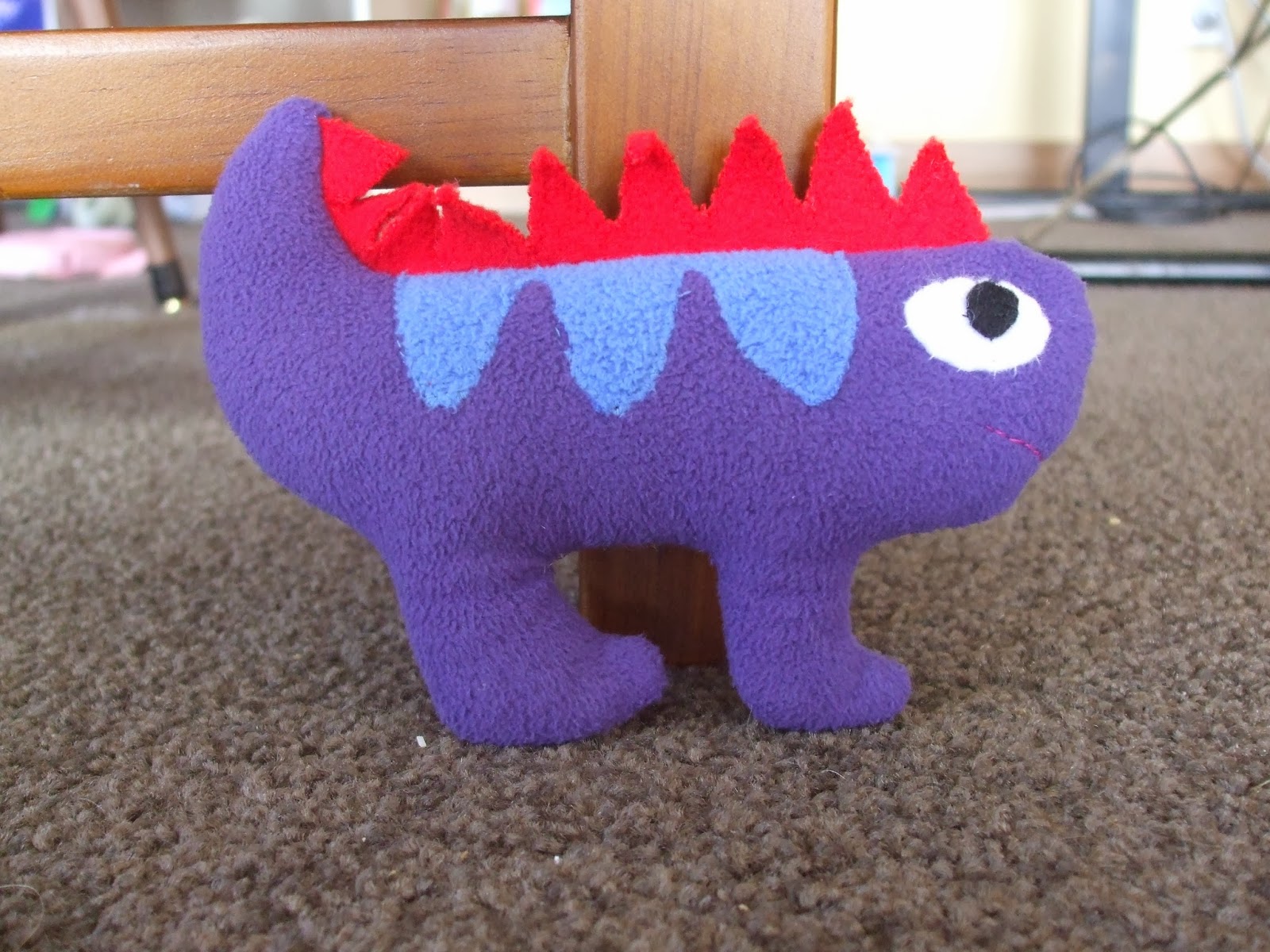