For christmas Mr A was given a really cool volcano kit by his Aunt, Uncle and cousins.  Mr A actually received something similar for his birthday last year but it took a lot of building and then there was very little excitement when it came to making the actual eruption, this kit however I was really impressed with.  It came with a wee collection of bottles chemicals and tools as well as gloves and safety goggles. Mr A was keen to get into it so on a cloudy, windy day we got stuck in.

Safety first, all ready to go. 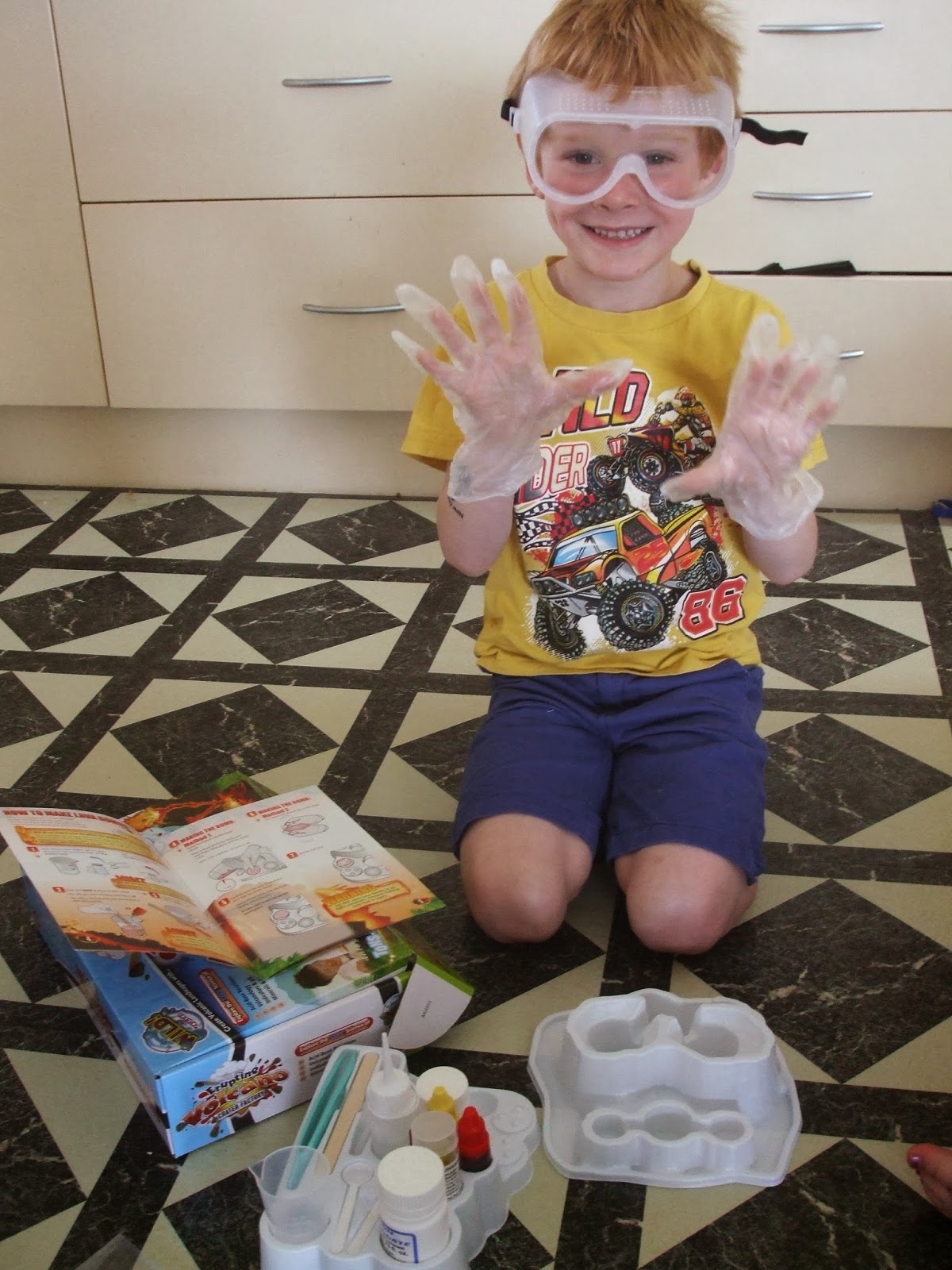 The first thing we were asked to do was mix and mould some 'lava bombs'.  The instructions were all clearly written with warnings where necessary and lots of great pictures and explanations of what was going on. 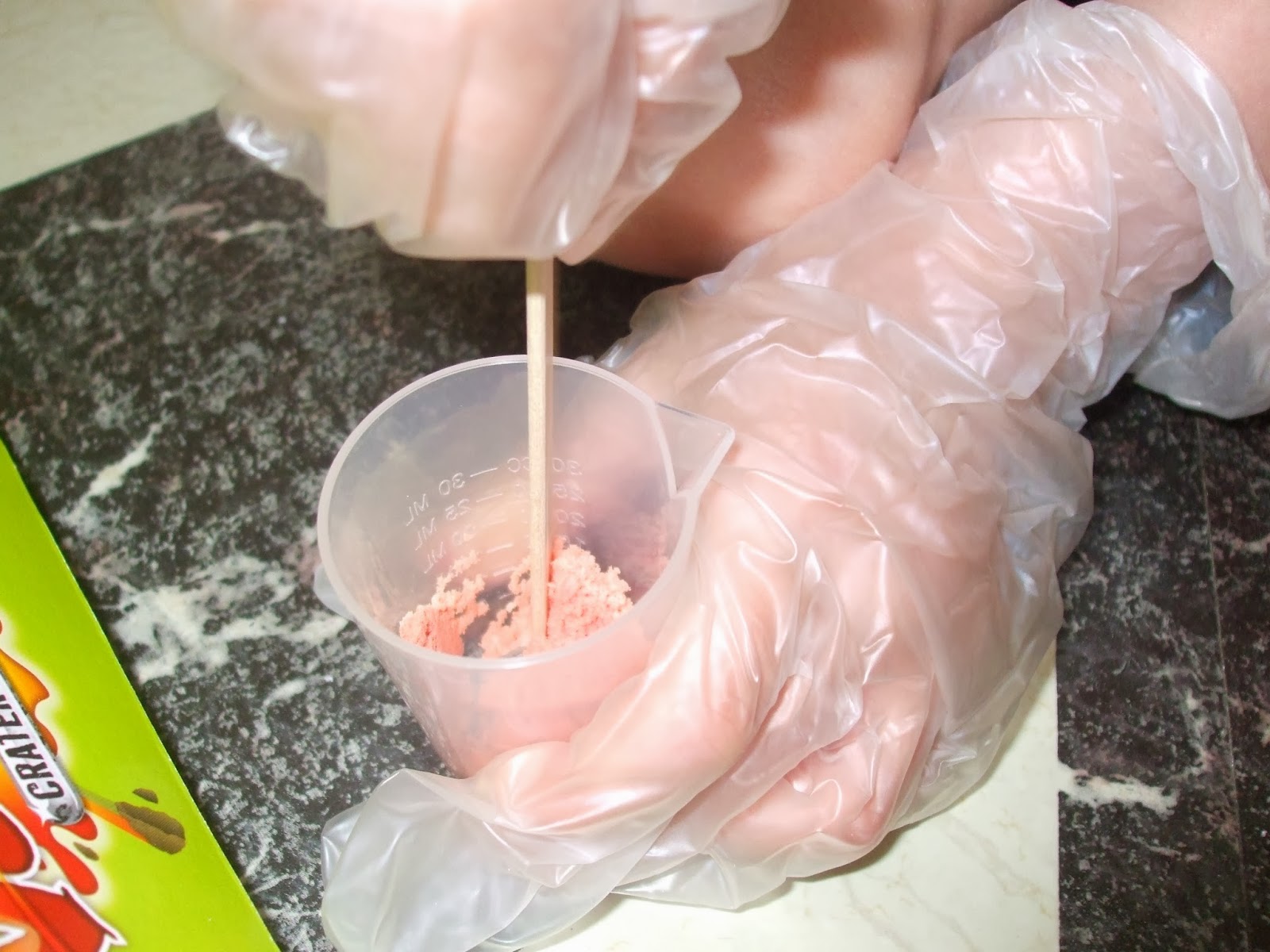 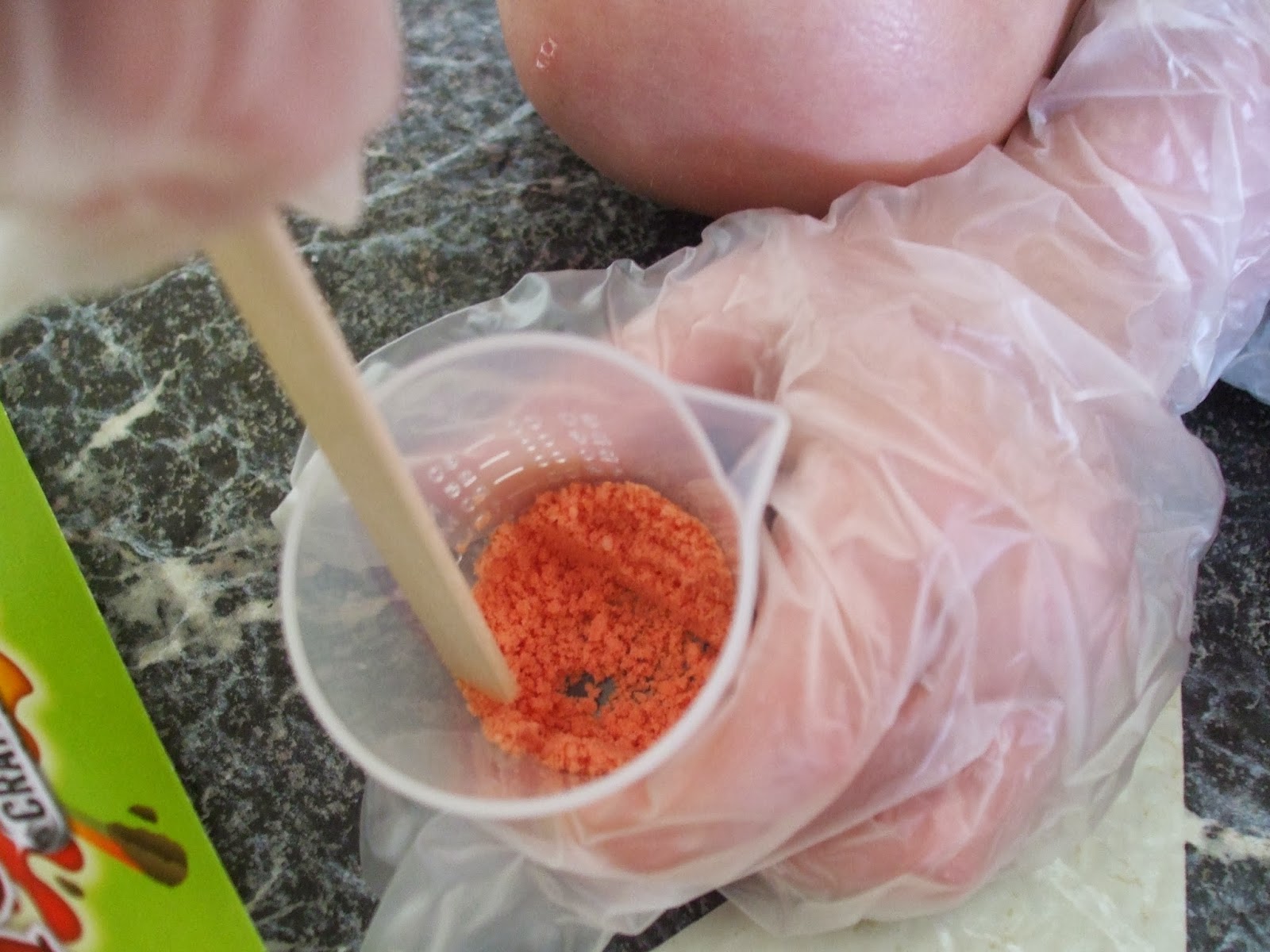 This was then moulded into shape, turned out to dry and a yellow one prepared. 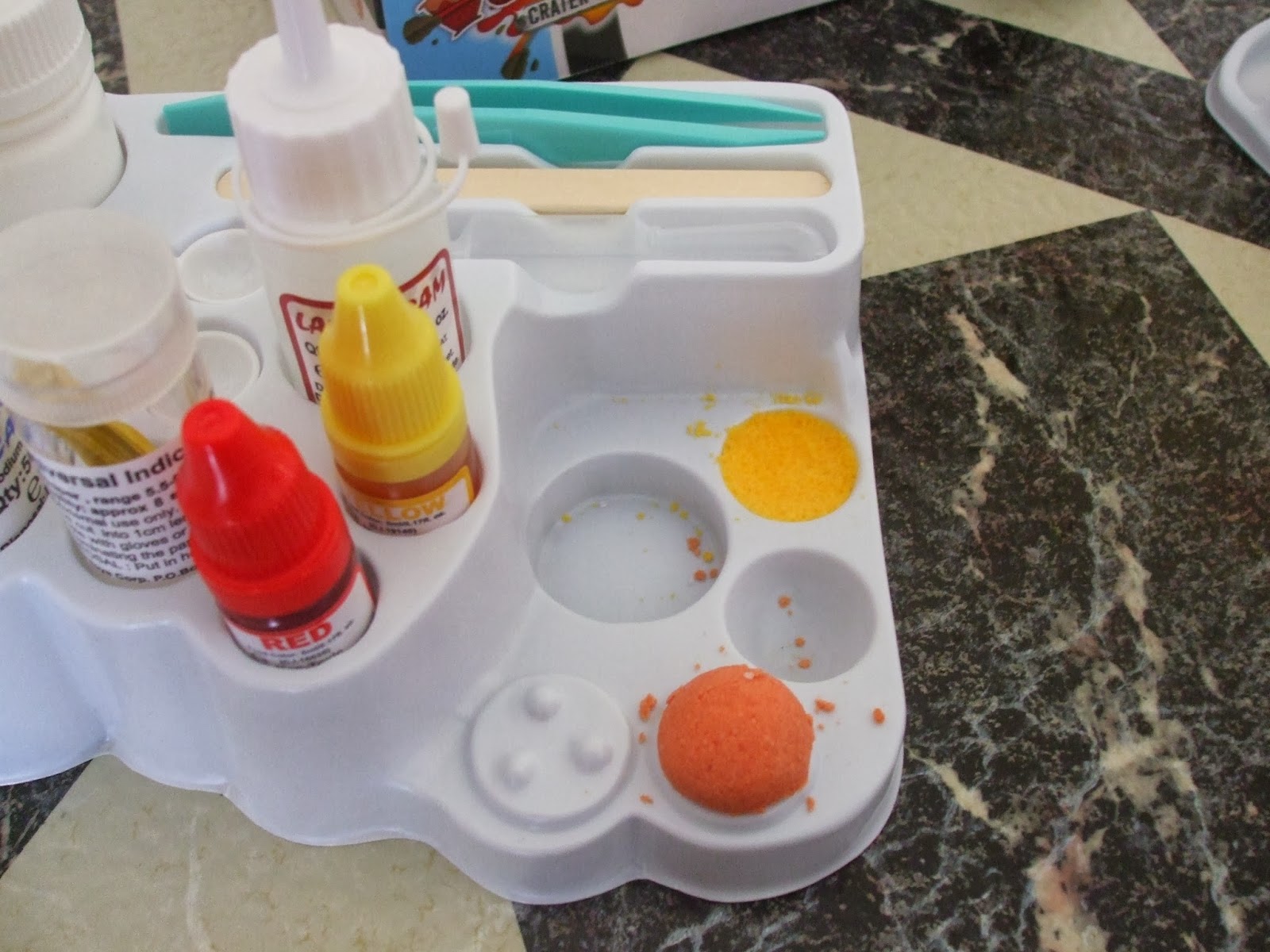 Time for an eruption, red first! 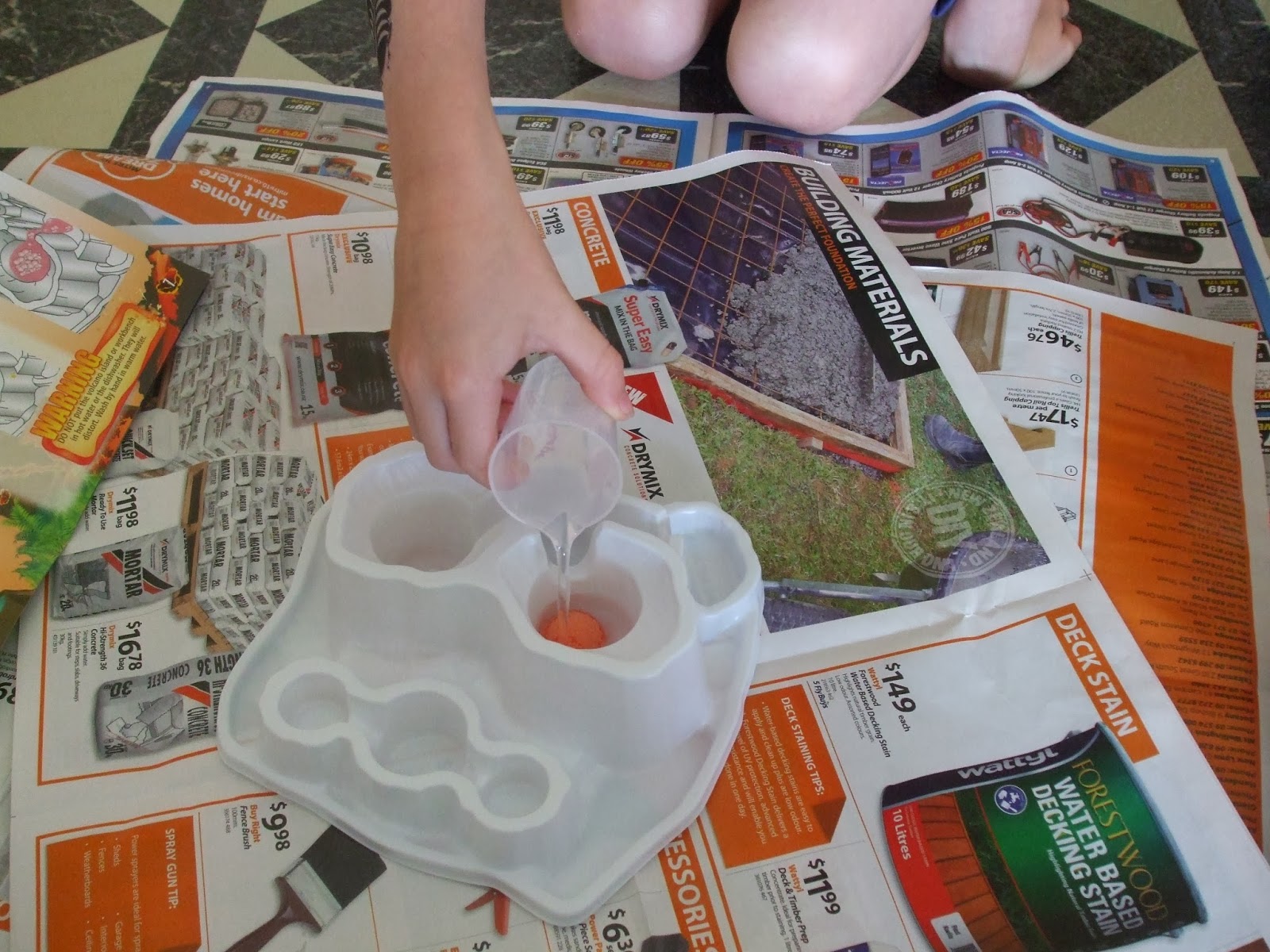 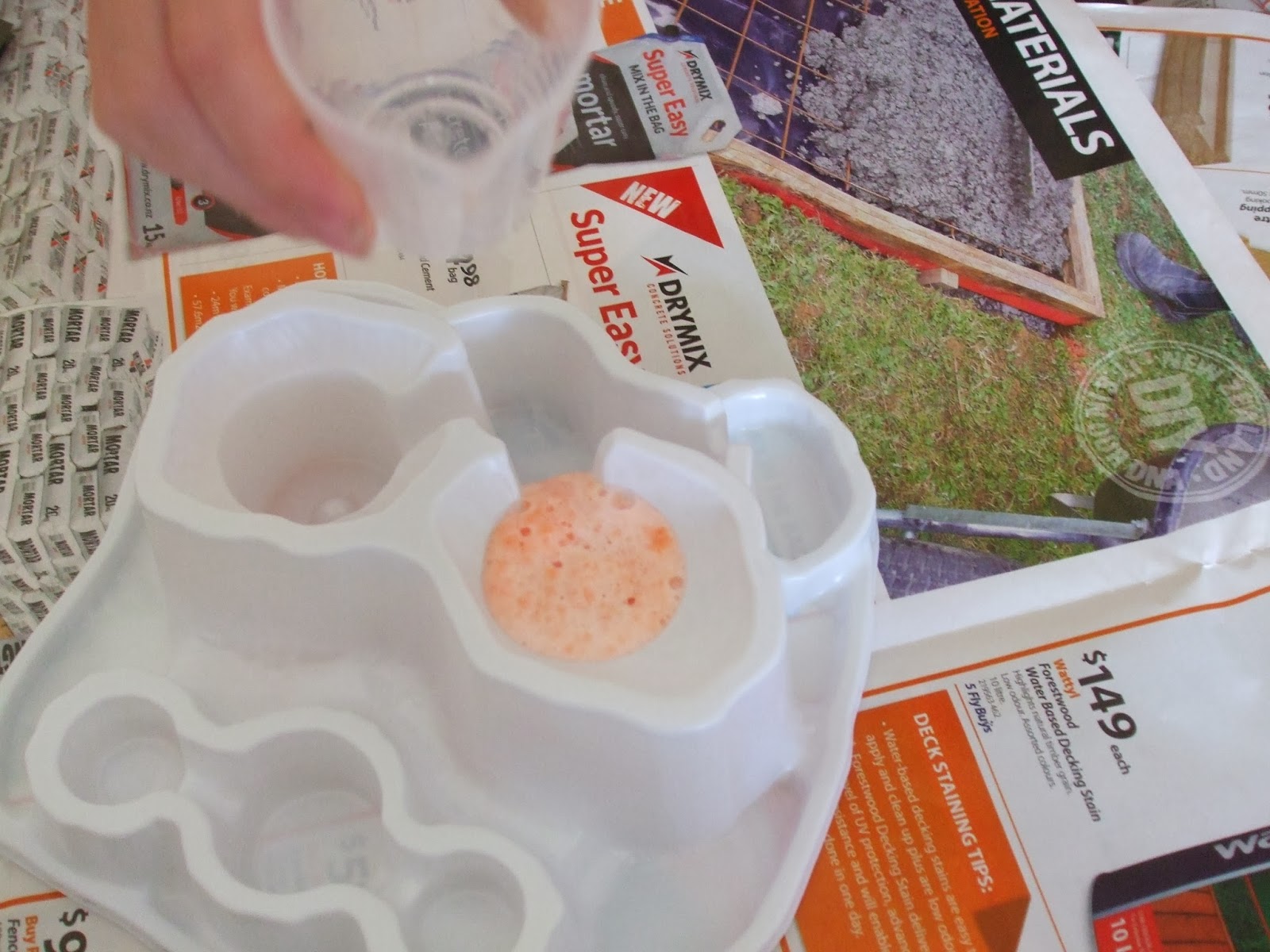 Then yellow as well. 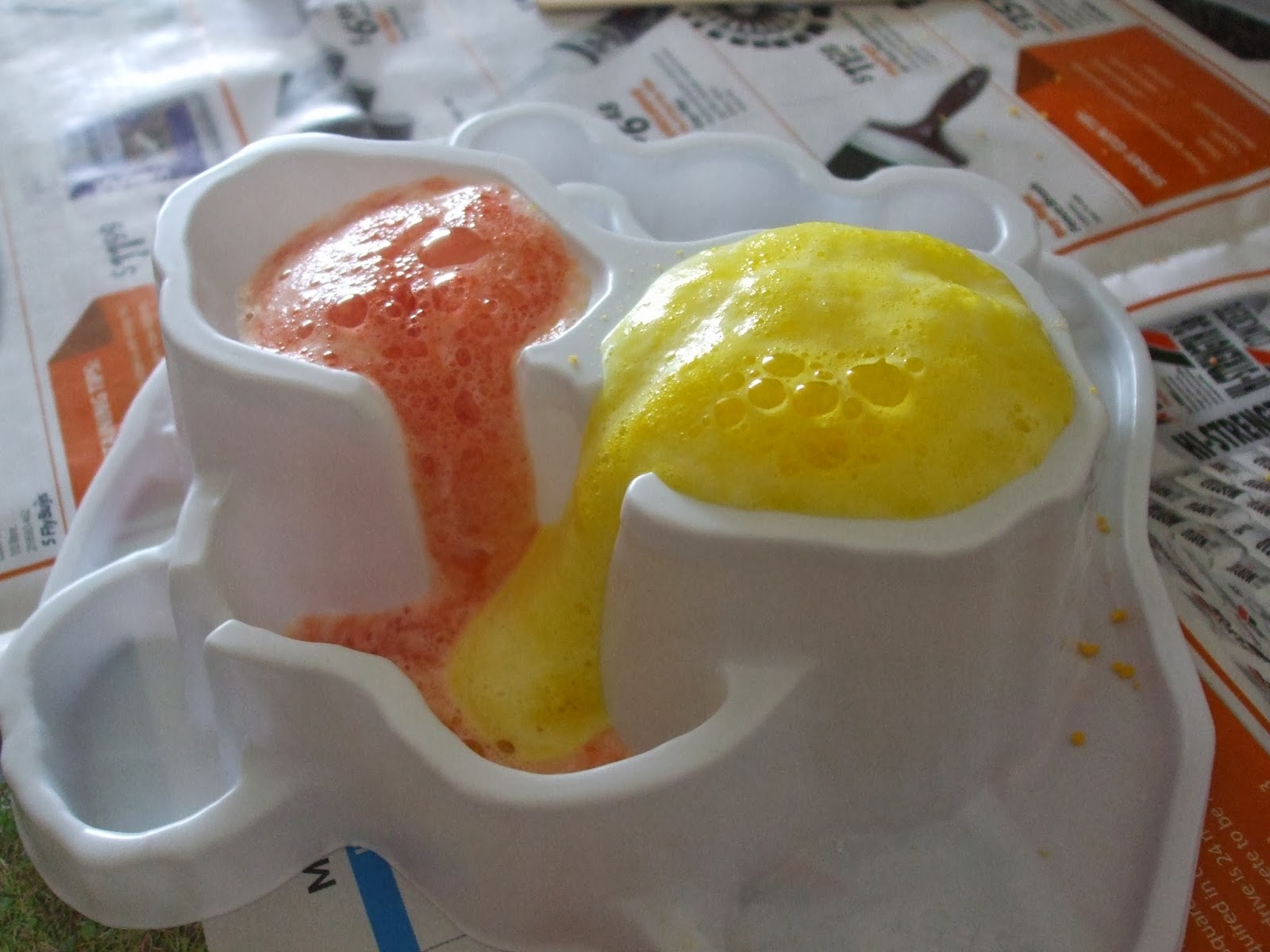 The eruptions take place in a pre-moulded plastic base so you are all set to go straight away which is great and it can be easily washed and reused.  There is also space as the back for 'pools' and a series of experiments you can do with pH paper to investigate the different pH of the chemicals used and what happens when you mix them. 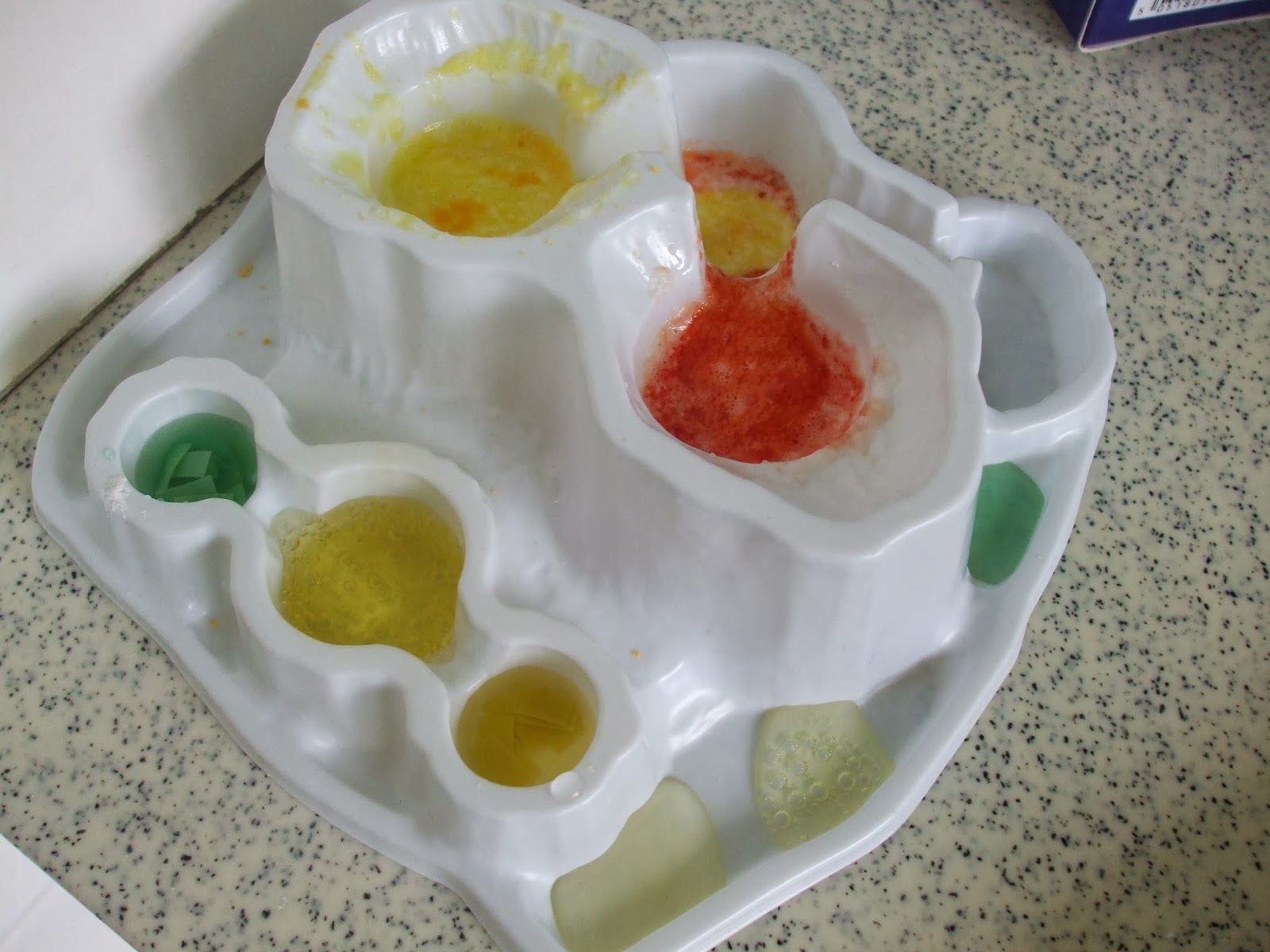 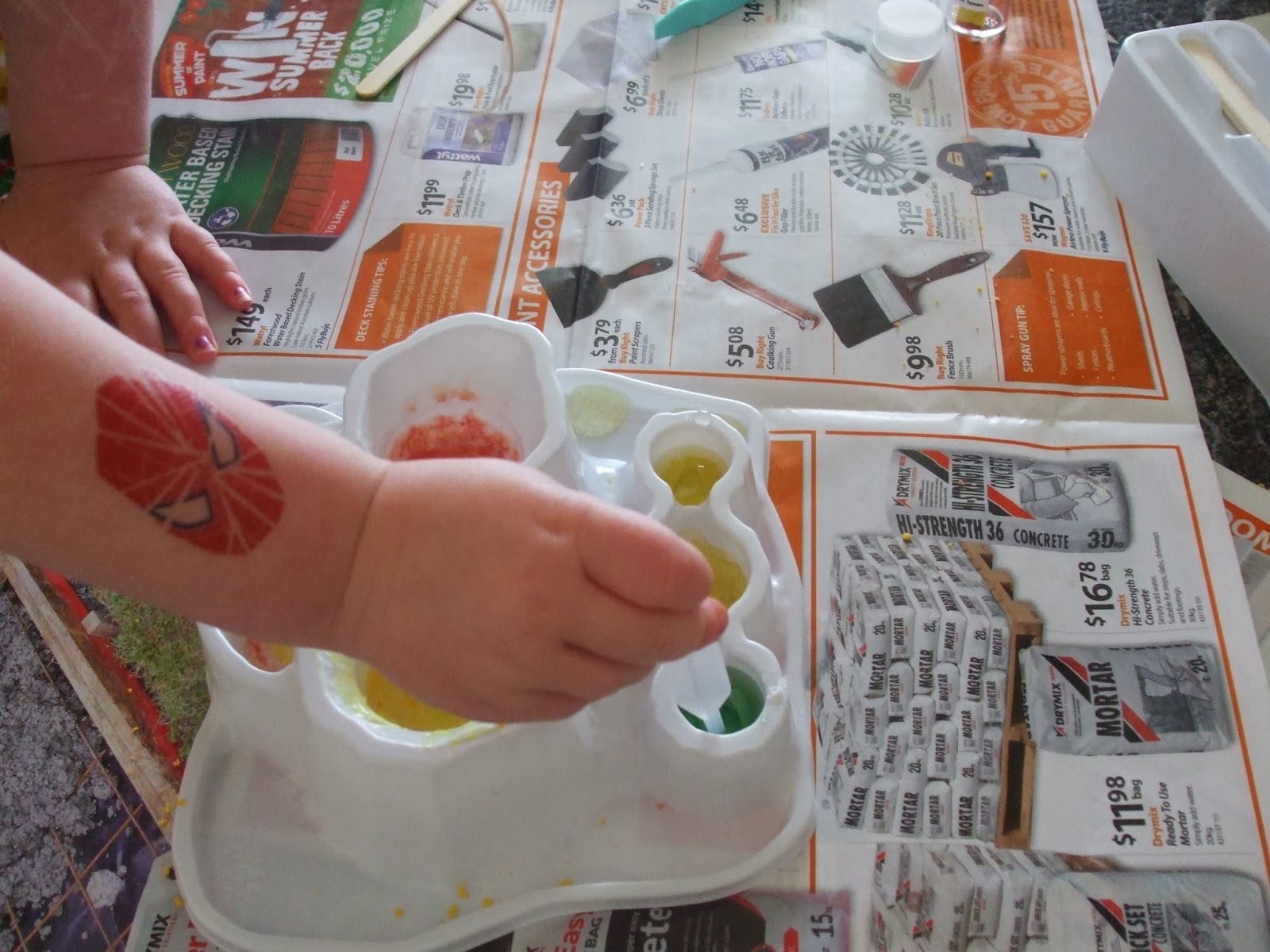 We still have at least one, if not two, sets of experiments to go from the instruction book so there is a lot more fun to be had.  And I was amazed by how much Mr A could work out about what was happening just by watching, like deciding that a gas was being given off when you mixed the chemicals etc.  I haven't gone into reactions of acids and bases with him yet although we touched on it when looking at the coloured indicator paper.  This is a fantastic and informative kit that both my kids loved.  I'll be looking at it for gifts in the future (but then I am a science geek).