Anyone who knows me will know how much I LOVE our local library.  We go there at least once a week to get books and dvds for the small people in the house, and often a few of the same for the grown-ups as well.  I love that everything in the kids section is free to borrow, as are most of the standard fiction and non-fiction books.  Although the DVDs are rental the prices are amazing and I would far rather give my rental money to the library than the local video store.
Anyway not only are they fantastic but they run amazing activities for kids, especially during the school holidays (and once again it is all free).  This summer Mr A has taken part in the Reading Reboot programme, where he has collected stamps for reading books and doing activities associated with them.  He is an avid reader anyway but it is nice for him to feel the sense of achievement of completing his card.  We have also been several time to their holiday daily storytime sessions and last week we went to an activity session called "Construct-a-bot".  Initially there were some stories about robots and then the children all worked together to create and name a robot.  After that the real fun began when they were allowed to take their pick from a mountain of boxes and craft supplies to make their very own robot to bring home.  It was so much fun seeing all the different robots taking shape.  Mr A and Miss M decided to work together and build one robot and I must admit at times their imaginations were slightly beyond my abilities to help create with only tape and the items at hand :-)
Introducing busybot: 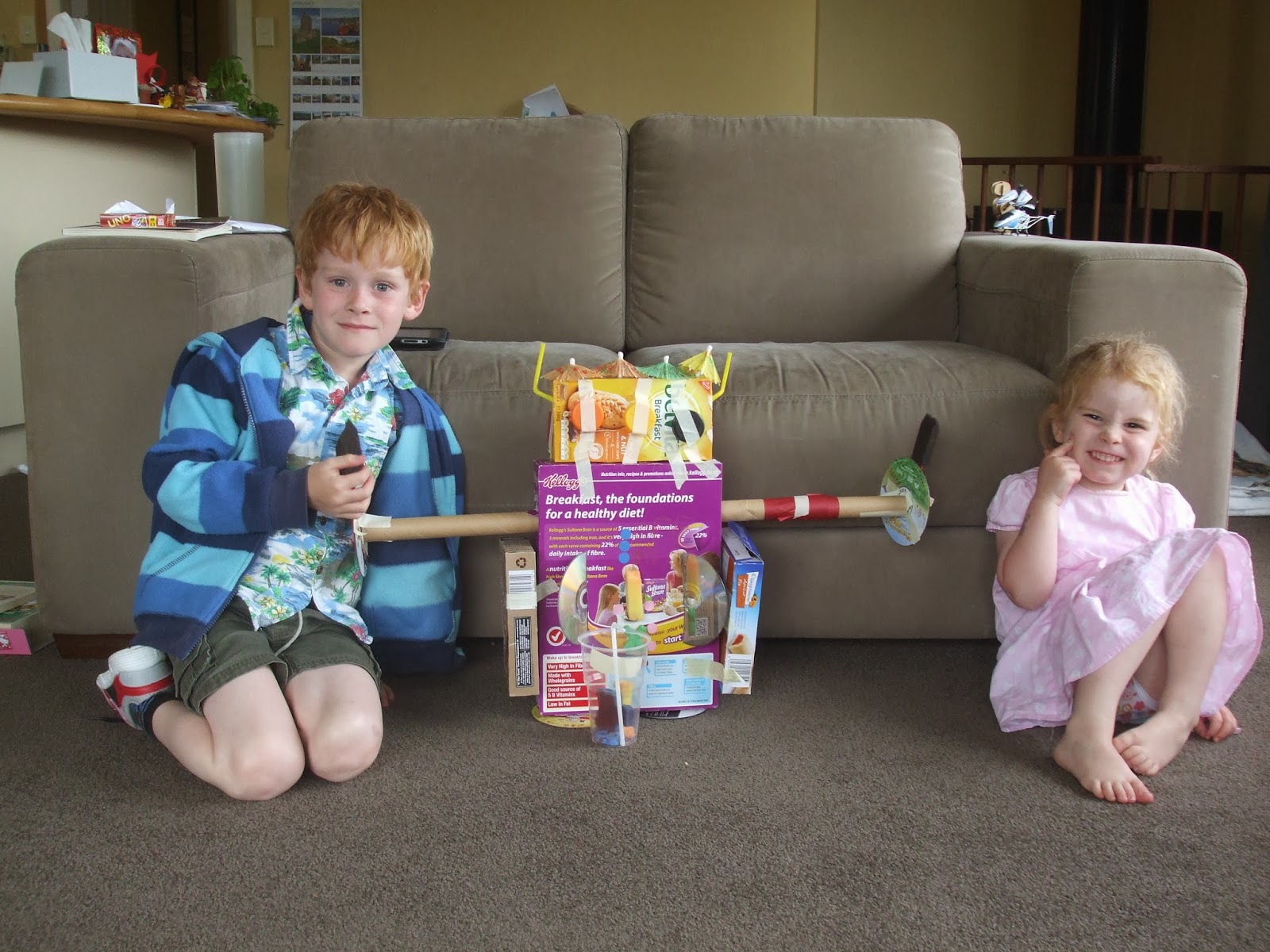 Some of it's many features:
* Three eyes
* Hover DVD feet
* Side boxes for storage
* Straw Antennae
* Brushes in both 'hands' for painting
* Rear rocket booster
* It's own cup and straw for refueling 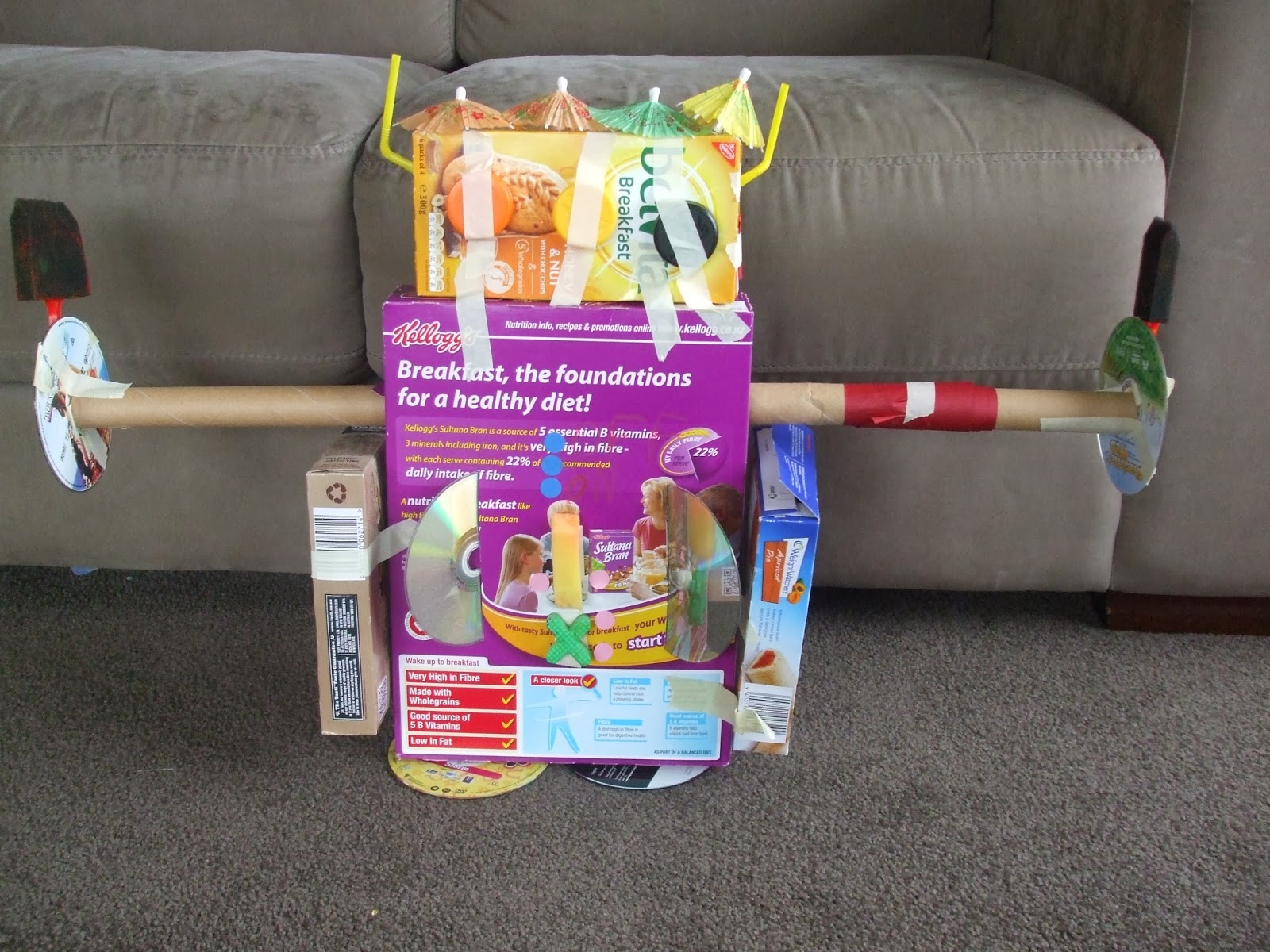 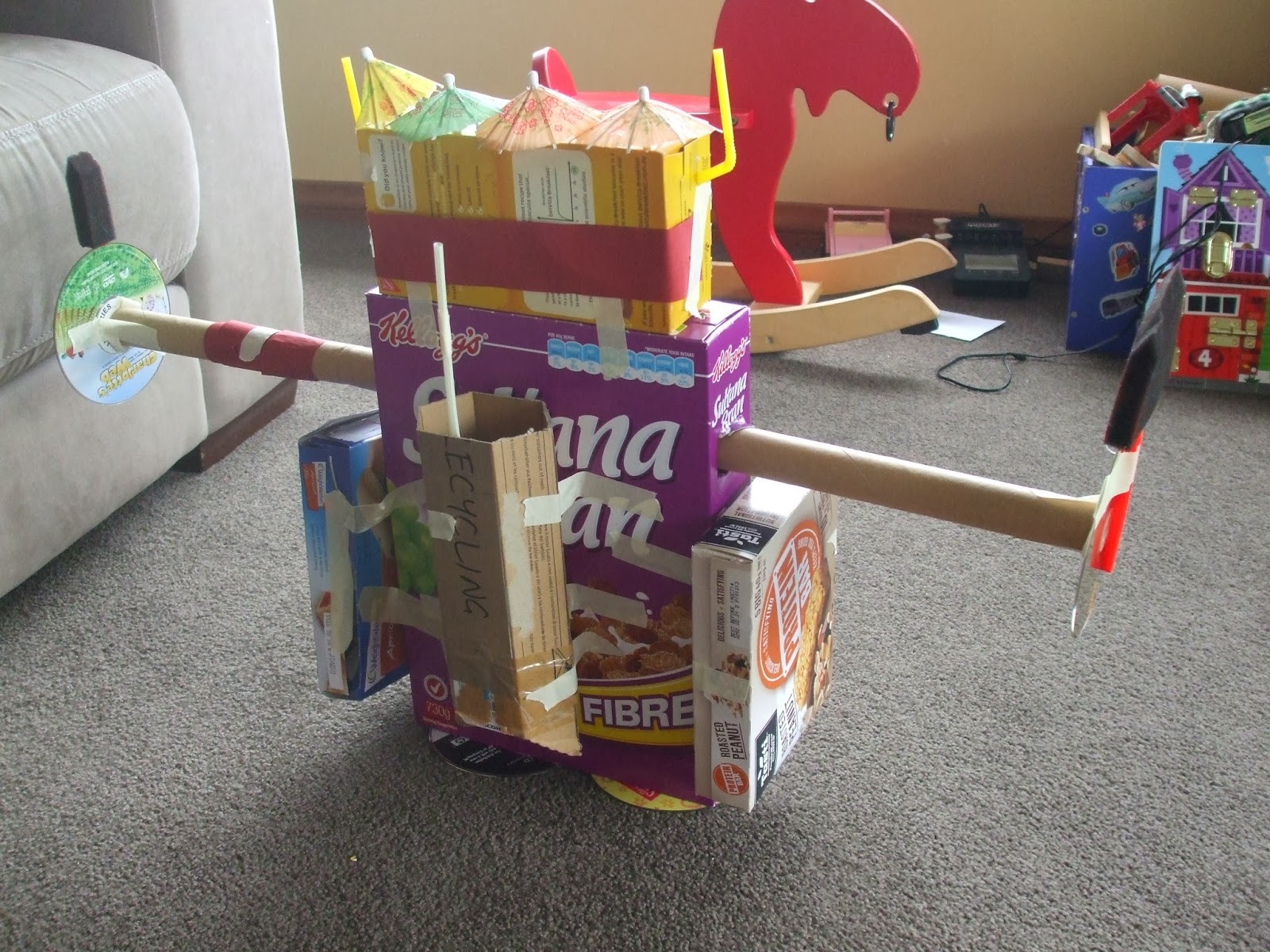 Not a bad effort I'd say.