It is Mother's day today in our part of the world and I have had a really special day thanks to my fabulous wee family.
First of all I was given a new mug for work and a card that Miss M made at daycare.  I do already have one of these photo mugs but it has a photo on if from when Mr A was only about 7 months old so it was certainly time for an updated version. 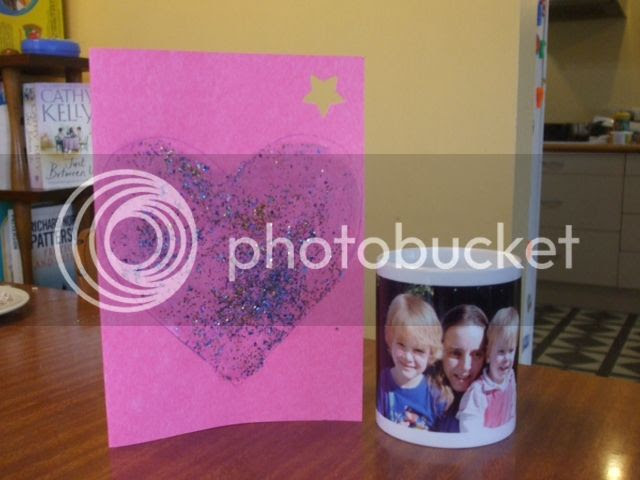 For the last 2 weeks Mr A has been coming home from school telling me that he is making me a surprise at school and he's not going to tell me what it is, only that it is for Mother's day.  This has also been accompanied by lots of asking "how many days until Mother's day Mummy", I really think he was more excited about my surprise than I was.  He was so proud that he had made this all himself and I know they spent a lot of time working on them in class and in my opinion it was all worth it.  Check it out for yourself but I think it is a very special gift.
This is what I was given a fabulous card and present in a box. 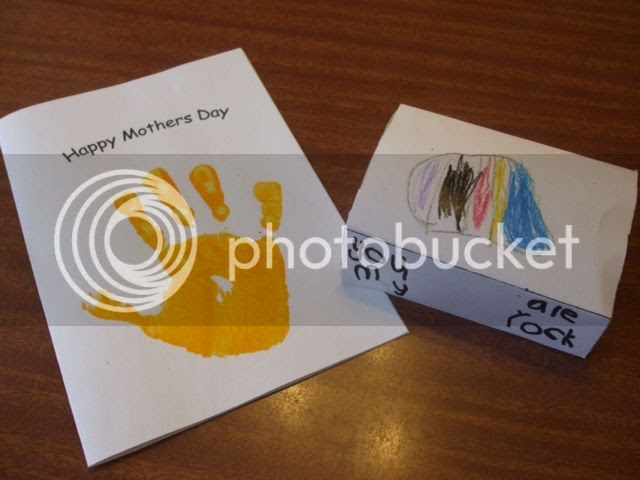 Inside the card is a poem and some sentences he had written about me as part of his writing work in class.
He drew a picture of a truck on the back of the card. 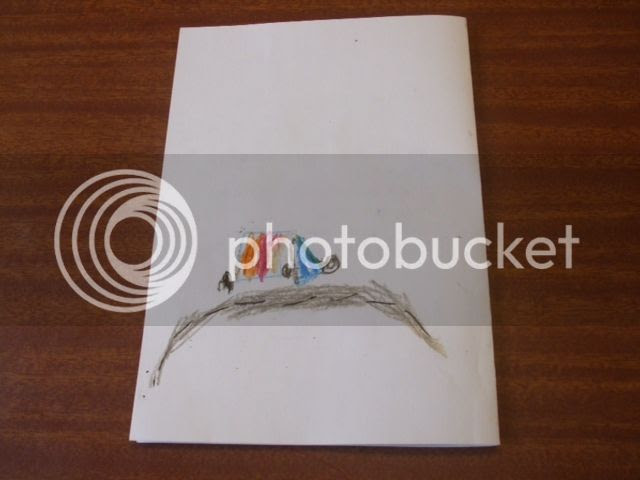 The box was decorated with flowers, one of them 'red like a rose because you like roses Mummy', and had a picture of the rock on the top. 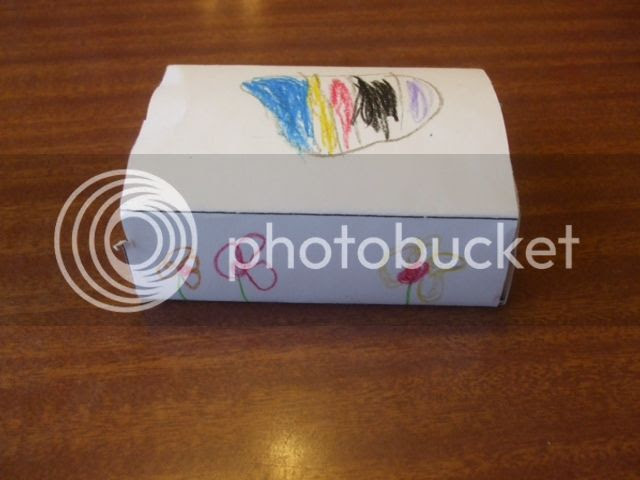 And inside the box was my very own 'pet rock' decorated like an Easter egg. 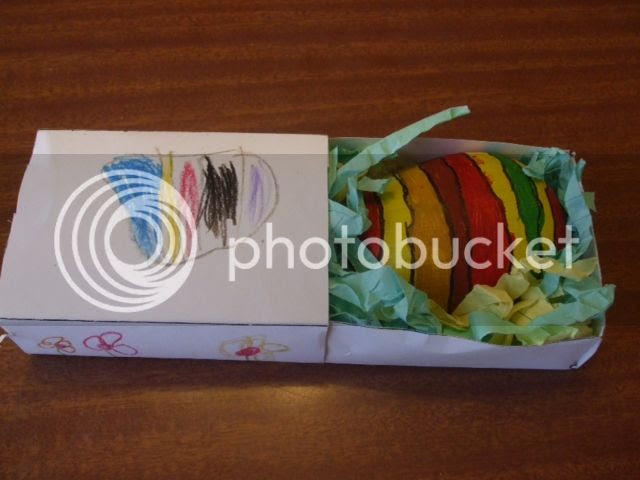 I hope all the lovely Mummies out there who read this also feel like they have been spoilt today, I know you all deserve it :-)
Posted by Alison at 7:28 PM