At the end of April Mr A turned 5 which meant saying goodbye to daycare and all his fabulous friends and teachers there and moving on to the big new world of school.
The process all started with a birthday cake on his last day of daycare.  Mr A seemed pretty excited about the cake and not too worried about the finality of the whole affair but I must admit I was very sad to see the end of this chapter for him.  Mr A has attended the most wonderful daycare centre 3 days a week since he turned one and his friends and the teachers there really are like a second family to him.  They have done so much for him and helped him to turn into the caring and confident wee boy that he is today. A huge thanks to the staff there.
I did a bit of a cheat for the birthday cake for daycare and bought one of those edible icing images of his favorite character, Lightening McQueen.  He loved it and it went down well with the kids as well. 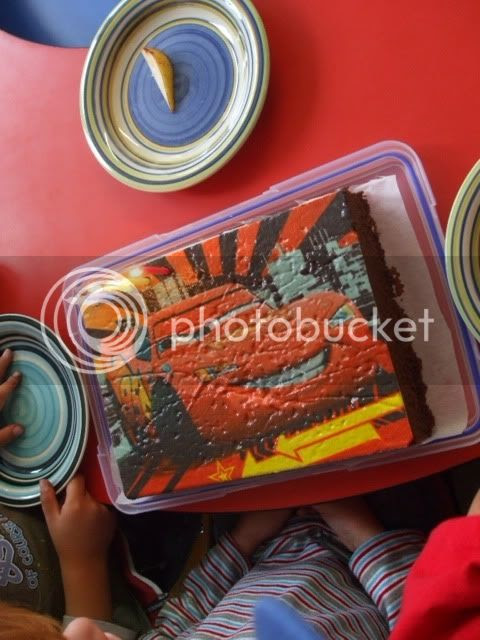 All of this was followed by party preparations and then the big birthday itself which was also party day.
Time for a party!

Then of course there is the birthday cake.

Then a couple of days later was the first day of school :-)

So it was all quite some 5 days or so but loads of fun and Mr A is loving being a big school boy.