For months now Mr A has been pretty obsessed with all things art and craft.  He has a large box that we keep stocked with paper, pencils, crayons, felt pens, stickers, foam shapes, glue, scissors etc and he will set himself up a wee work station on the kitchen table and keep entertained for hours.
Lately he has mainly been drawing with felt pens and crayons and the details that have come into his drawings of late I find quite astonishing (although I could be somewhat biased;-)).  Here are a few samples of pictures he has produced over the last couple of days. 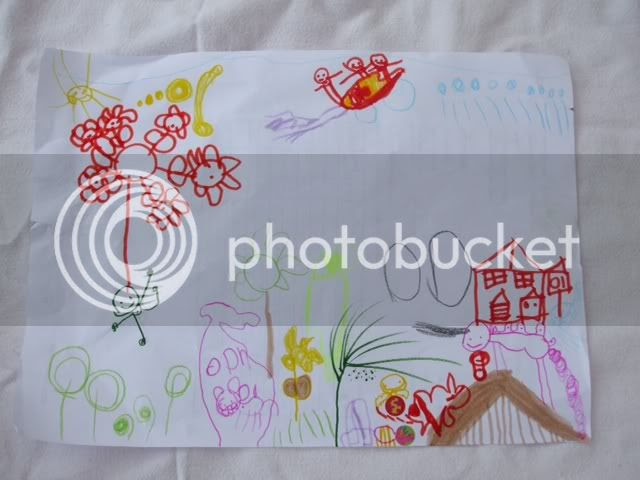 Can you spot the red flower tree, the person running, a pig with a very long curly tail, the sun, moon, stars, a house and letterbox, a rabbit, rain, a street light and the wonder pets in their flyboat? 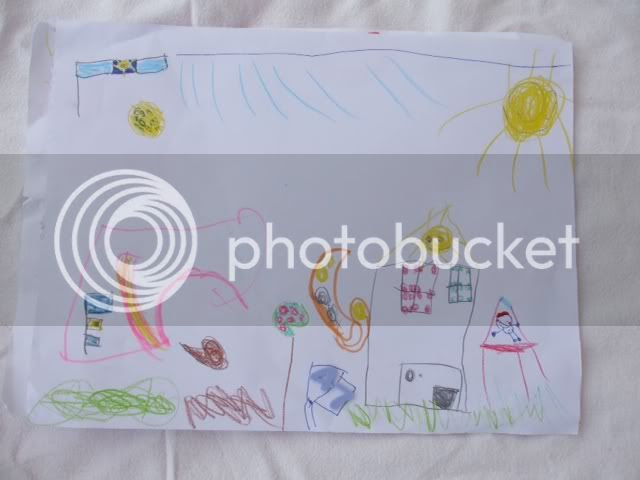 I love the foam shape numbers on the letter box int his one and I was told I had to take a picture of this because it's for the Argentina flag on it.  Mr A is also a bit obsessed with flags at the moment since there are so many about with the Rugby World Cup on. 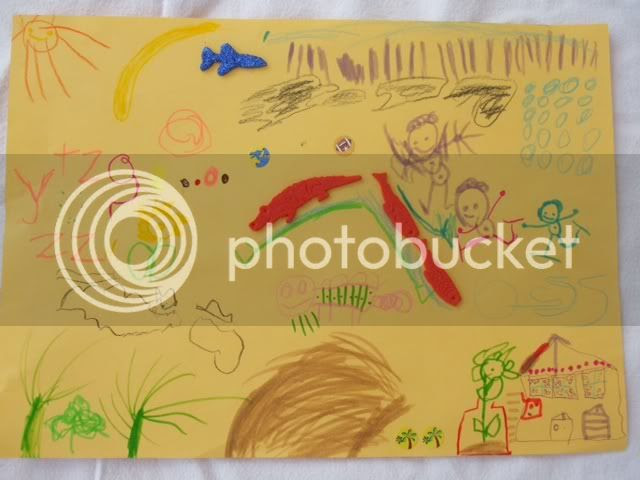 This one has a house with rain on the windows (it was raining when he drew this) and a front and back door, a plant that belongs to the person in the house, someone running and someone walking, a snowman wearing a fluffy scarf, flax plants, a sun, moon, clouds, rain and snow, a pig in the mud and some letters for decoration.
He calls these his "whole wide world" pictures but we have explained to him they are actually called landscapes, in the loosest sense of the term.
Finally there is this picture of a dog (or an artists impression of one) that he drew and then colored in. 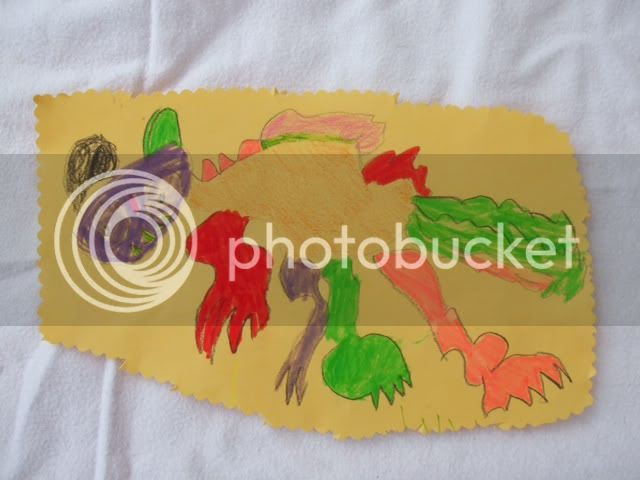 Not too bad for a wee boy, and he thought it was the best thing ever when I bought him a box of 30 felt pens yesterday, he can't get over how many different colors he has to play with now :-)  I was told at bed time last night that he was going to draw pictures all day today because if you do that you are a real artist.

Has anyone got any suggestions of what to do with the mountains of pictures he is producing.  He puts so much effort into them I feel terrible throwing them away but we have way too many to keep.
Posted by Alison at 10:04 PM